The Foundations of Public Radio 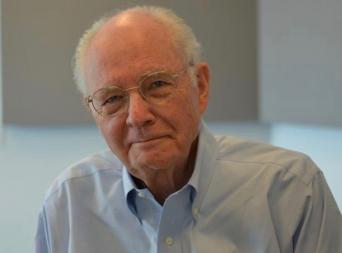 Weavers Way Member and founding Program Director of NPR Bill Siemering will join us for an afternoon of conversation on the civic role of public radio. Bill will be joined by our very own backyard non-profit radio founder, Jim Bear of Gtown Radio.

Bill Siemering wrote the original mission statement for NPR in 1970 and then was hired to implement it as the first director of programming. With the staff, he developed ‘All Things Considered’ and later in Philadelphia while manger of WHYY-FM, developed "Fresh Air with Terry Gross" from a local to a national program. Bill is still a source of inspiration in public radio today through his current work in Africa, using radio to promote sustainable practices in farming communities.

Next, we will move from the national and international to the hyper local. Did you know that Northwest Philadelphia has its very own internet radio station? It’s called Gtown Radio, and Jim Bear, Gtown’s founder, will tell us about the station as it pivots from internet-only to a low-power FM station heard throughout NW Philadelphia. He'll provide his take on the role of local independent stations like his. Here is the link to a webpage that has LPFM updates for G-town Radio.

This program speaks directly to many common concerns of our day, and points to the power of voice and public broadcasting in exercising a vibrant democracy.