Cooperator of the Month: Garth Pegram 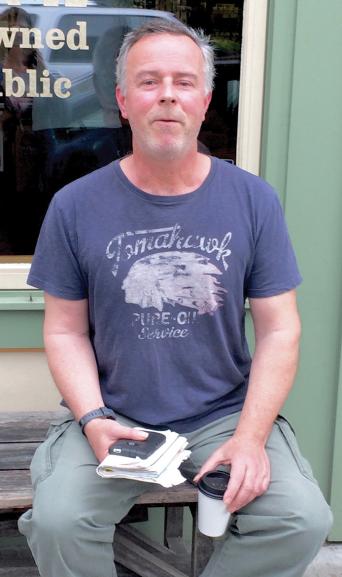 Joined Weavers Way: Late 2010, with his wife, Juliet. He’d previously been a member in the early ‘90s.

First Exposure: 1988. He lived with a family in West Mt. Airy who were Co-op members when he first came to the States from the U.K.  Weavers Way was his first shopping experience in the United States.

Current job: He works in data operations for the Chubb Group of Insurance Companies in Center City.

Typical Co-op jobs: Bulk packing, produce, floor. (Juliet does most of their hours.)

Why they’re working members: “I’m pragmatic in some sense — I appreciate the 5 percent [discount]. And also, it’s a simple matter of community. It wouldn’t make sense to do something else.”

A little Co-op love: “Weavers Way is up there with good trains and Fairmount Park as far as I’m concerned. It’s one of the pillars of our lives. We’re in there, I think, every day.”