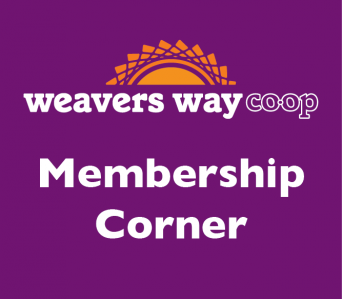 This month, the Membership Department is focused on milestones, and we’re talking numbers. Again! Coincidentally, I write this on the sixth anniversary of the opening of our Chestnut Hill store. During the first month there, we added more than 500 new member households. That was unheard of. By the end of 2010, nearly 1,400 new member households had joined the Co-op. This was an incredible result, one that we could not have imagined. More than anything, the rapid increase in member households was confirmation that Chestnut Hill was the right move for us and that our members are integral to the success of the Co-op.

Then, sometime in mid-2015, those numbers took on a life of their own. We have been gaining momentum ever since. From May of last year until today, we have more than 550 additional active member households. That’s more in one year than in the last three years combined. It seems that the word on the street is that the Co-op’s the place to be!

The opening of Fresh Market came and went without so much as a pause in our day-to-day membership activities. Not only has our base remained loyal, but new members are joining and former members are reactivating in solidarity every day.

This is important; nearly 80 percent of our sales come from members. Our strength lies in your commitment. The picture is quite clear — Weavers Way will continue to thrive with the support of our members.

Which brings us to the NEXT milestone. We are closing in on 6,000 active member households! We are projecting that our 6,000th member will join in June. With that in mind, we thought we’d kick off the month with a little appreciation — Member Appreciation! From Friday, June 3, through Sunday, June 5, members will receive an extra 5 percent off their purchases. (That means a total of 10 percent for working members.)

Member Appreciation days are always fun and festive. It’s like a party every day! Don’t miss it.

This time around, we will be reflecting on this incredible achievement: Almost 45 years ago, our founders pooled their resources and started a buying club in the basement of Summit Church. From those humble beginnings, we are now a thriving cooperative — 6,000 strong!