Board Corner: Leadership Change on Weavers Way Board 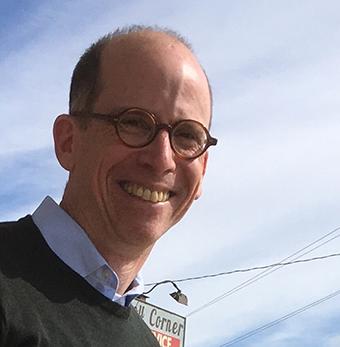 At the October meeting of the Weavers Way Board, we elected new officers (though still in the middle of our fiscal year) and I became president. So I’m writing to introduce myself in a new role.

I became president because Chris Hill, our Board president for the past two years (and a long-serving Board member), resigned the presidency because he is recovering from an illness. I had been vice president and had stepped in as acting president over the previous couple of months.

In this unexpected circumstance, the whole Board has demonstrated its steadiness and preparedness. I want to particularly thank Lisa Hogan, who quickly assumed the dual roles of secretary and (unofficially) “acting vice president” while I was acting president. Lisa immediately became a full partner in helping to manage the Board through this transitional moment. I’m so grateful. Thanks, Lisa.

When the Board formally elected me president, we then needed a new vice president. Lisa agreed to serve and was elected to that position. That left the position of secretary open, and Toni Jelinek agreed to serve as secretary and was elected. Joan Patton remains treasurer. All three of the new officers will serve out the unexpired terms we are stepping into, so the Board will elect officers as usual at our June 2019 meeting.

I originally ran for the Weavers Way Board partly for selfish reasons: I work with cities on revitalizing historic Main Streets and, in the course of my work, I often talk about social enterprise and community-owned businesses. I felt I needed some “street cred” to be able to talk about co-ops with more knowledge than just having read about them. (In fact, I’m writing this on my way home from Valentine, NE (pop. 2,800), where part of a team workshop on community-led economic development included a side conversation about co-ops — and I proudly shared the story of Weavers Way.)

I continue to feel that I get more than I give from serving on the Board, both personally and professionally.

I can state without qualifiers that serving on the Weavers Way Board for the past five years has been the most enjoyable and rewarding volunteer experience I’ve had. (Anyone who has ever volunteered for anything would probably agree that such excellent and pleasurable experiences are rare.) In partnership with our superb management and our supportive member-owners, it continues to be an honor to serve. Together, we’ve accomplished so much, making Weavers Way a model and a leader both in greater Philadelphia and nationally.

Thanks to Chris for steering the ship for the past two years and for setting up systems that made it so much easier to pick up the reins when he stepped off. We look forward to seeing him at the November Board meeting. Looking ahead, I will do my best to be worthy of leading this historic and trailblazing community enterprise, and to be a caretaker of the values it represents.

Please feel free to reach out to me at joshua.j.bloom@gmail.com.