Land Preservation Matters to Our Local and Migratory Bird Population 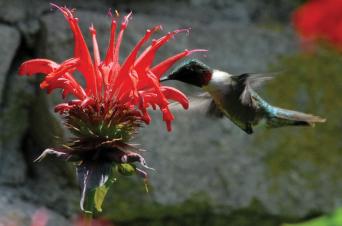 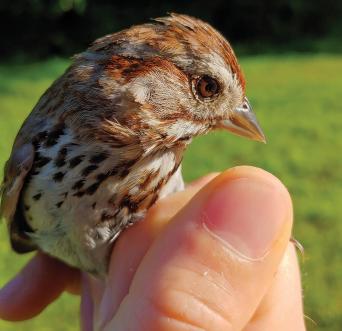 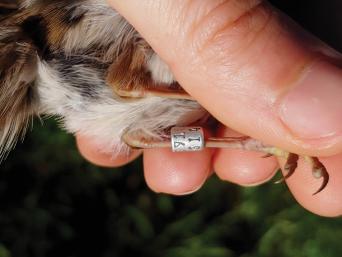 Something incredible happens each fall — almost invisibly, almost silently — while we’re all sleeping. Each night, thousands and thousands of birds move across the night sky, guided by the moon, the stars, and Earth’s magnetic field. Sparrows, flycatchers, herons, thrushes, orioles, cuckoos and tiny warblers are all heading south to warmer places.

Some of them were with us all spring and summer — pollinating our plants, controlling mosquitos and other pests in our backyards, and filling the air with song. In this year of challenges, they remind us that life and beauty exist in nature, no matter what’s happening.

We tend to think of these neotropical migrants as our birds, since they come to breed in North America. In truth, they spend far more time in other countries, only flying north to us in the summer — a destination with less competition for food and breeding territory — and leaving again in the fall.

Perhaps that is partly what makes birds and birdwatching so enchanting. When I am looking through my binoculars at an orchard oriole or a wood thrush, I am seeing a being that has traveled thousands upon thousands of miles in its life. It sees more of the world in a single year than many of us will in a lifetime. That realization fills me with awe. And yet, even more miraculously, for each journey they follow the same migratory pathways, which means they rely on stopping at the same patches of forest, meadow, and wetland each year to rest and refuel. They return to the same places to nest, too.

The smallest patch of habitat contains life-giving resources, and does so for generations. Protecting and caring for those places is central to our mission, because the impacts of their loss are drastic to the countless birds who depend upon them – not only the neotropical migrants that come and go, but also the birds that stay with us throughout the seasons.

Take, for example, one song sparrow at Crossways Preserve in Blue Bell, whose life we have followed the last five years. We first caught him back in 2015, the year we established a small banding station to study breeding birds at the preserve. He was two then, and by attaching a small, aluminum band on his leg, numbered 2691-98614, we would recognize him if he was caught again. Every year since, “614,” has shown up and always in the same net, where the meadow meets the forest. This year, he turned six.

In our state, song sparrows don’t migrate (as some northern populations do) and birds like “614” have small territories of just 1.5 acres or less. His life has likely been spent entirely at Crossways. Lucky him.

In one summer, a pair of song sparrows may raise anywhere from 12-20 nestlings. Survival is tricky and life is dangerous as a young bird. But even if we assume 60% of those nestlings survive to adulthood, which is about average, then “614” might have raised anywhere from 42-72 nestlings over the six breeding seasons since we first caught him — generations and generations, all of which called one small corner of Crossways home.

When you think about how many birds nest at Crossways each year, how many young are raised there each season, and how many migrants rely on its natural habitats for food, rest and cover, you can begin to appreciate the importance of one single acre. Every patch of earth – every field, wood lot and swamp they nest in, migrate through winter in — is essential.

While “614” will stay at Crossways through the winter, our migrant visitors have already left and begun their long-distance journeys to places like Panama, Columbia, and Venezuela. The hummingbirds we watched outside our windows throughout the summer and early fall — those vibrating, iridescent gems made of beauty and wildness — relied on the native flowers in our backyards and preserved lands to help them make their incredible, non-stop flight across the Gulf of Mexico. Once there, those same birds may be seen outside the windows of others who will love them as we do — a reminder that birds connect us to the rest of the world.

In the words of author Aldo Leopold, “Hemisphere solidarity is new among statesmen, but not among the feathered navies of the sky.” Not only do birds connect us to places and people far away, but they demonstrate that the work we do here in Montgomery County to protect and restore habitats has impacts far beyond our county lines — that every acre matters.