The Benefits of Food for All, From Those Who Use It | Weavers Way Co-op
Skip to main content

The Benefits of Food for All, From Those Who Use It

by
Pat Albright, for the Shuttle 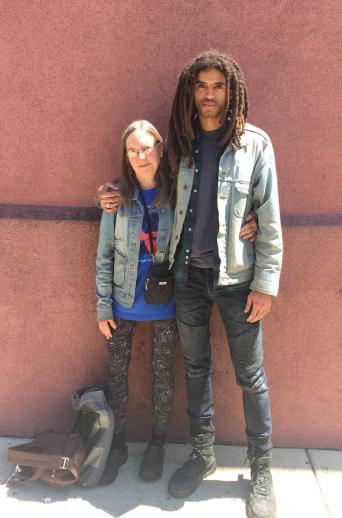 I grew up lower middle class in Wisconsin, never knowing much about food insecurity. My experience with poverty began in the early 1970s, when I dropped out of college to be educated in Philadelphia by an activist, anti-war social justice community and later, by the Wages for Housework Campaign/Global Women’s Strike. I lived in a cooperative house where rooms were cheap. We cooked and ate together, and I was introduced to eating unprocessed whole foods while living communally.

I survived doing odd jobs, including working two years in a disco-light factory before being laid off. My unemployment compensation ran out, and I ended up on General Assistance, a lifeline for me until I was found eligible for disability benefits.

For many years, I managed to eat a relatively healthy diet, really by hook or by crook. I worked odd jobs at food places where I could bring food home. I joined Mariposa Food Co-op and shared a CSA. Food stamps were a big help. We also ate collectively a few days a week at the Wages for Housework “office” in the basement of a colleague’s home.

I moved to Germantown and joined Weavers Way in 1995. I was a single mother on disability benefits, struggling to raise my three-year-old son, Malcolm, first by breastfeeding and then on organic whole foods to give him the healthiest possible start in life. Weavers Way was the closest source for natural foods, and it was also across the street from C. W. Henry Elementary School, which my son attended.

Now, as a senior on Social Security with my food stamps reduced to $15 per month, I face increased food insecurity like many Philadelphians. So I was glad to learn of the Food for All program, which helps me broaden the otherwise restricted range of food I eat. It helps make healthy food affordable and accessible for many others.

I’m sustained by working with the Global Women’s Strike and Every Mother is a Working Mother Network. Both organizations address the roots of poverty and food insecurity by organizing for changes in federal welfare policy to support the work of mothers and caregivers. We fight unjust child removals by foster care agencies, and advocate for living wages for mothers and other caregivers. We work with the Poor People’s Campaign, asserting that all human beings have the right to dignity.

We are all contributing workers, and no one should go hungry.