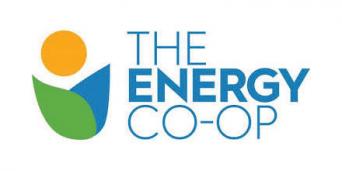 To commemorate four decades of energy innovation, The Energy Co-op will host its 40th Anniversary Celebration on Wednesday, Nov. 6, 2019, at WHYY on Independence Mall, 150 N. 6th St., Philadelphia, where it will welcome Weavers Way as guest of honor. Weavers Way members can purchase tickets to the event at a discounted price of $35.

“Whether helping families heat their homes during unexpected price spikes or dealing with concerns about clean air, climate change or hydraulic fracking, The Energy Co-op’s nonprofit cooperative model has allowed us to pursue novel solutions to energy problems and consumer needs,” said Ronald Fisher, who joined the organization as executive director earlier this year. The cooperative has addressed energy issues faced by Philadelphians since 1979. It was founded by Weavers Way in Mt. Airy to source reliably affordable heating oil to its members during an oil embargo by Middle Eastern nations. In 1999 it was the first supplier in the Delaware Valley to offer renewable electricity sourced from wind turbine. And in 2014 it became — and remains — the only regional supplier of renewable natural gas sourced mainly from landfills.

“Our cooperative structure gives us the flexibility to test new ways to confront energy issues, whether old or new, often before for-profit corporations can justify committing capital or resources,” Fisher said. “And many of our thousands of members expect us to do just that.”

In addition to the 40th anniversary celebration, The Energy Co-op is launching two new initiatives. It is expanding its renewable natural gas program in Philadelphia with a members-only pilot, and it expects to open the program to all customers in the PGW service territory in the coming months. The cooperative currently supplies RNG in PECO’s service territory.

“We have innovated in the energy supply arena for 40 years,” said Fisher. “Now, as part of celebrating those successes, we’re looking to help our members, whether residences or businesses, use less energy and reduce waste and costs.”

Tickets for The Energy Co-op’s 40th Anniversary Celebration are available at www.eventbrite.com/e/the-energy-co-op-40th-anniversary-tickets-69297254955. Weavers Way members should click the “Enter promo code” link in the pop-up and enter WWECAP in all caps. When you do, the $65 regular early-bird price will become $35. Then enter the number of tickets desired and check out.