We Need to Take Plastic Seriously 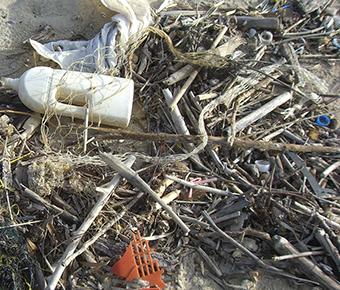 I disagree that plastic-straw pollution is not a major issue and feel that the Editor’s Note in the August Shuttle downplayed the impact.

They are used and tossed out — given to every customer at most restaurants and stores as if we cannot drink anything without a straw.

I have travelled to Nicaragua and other places and there are a lot of straws on pristine beaches, tons of foam trash as well, chopped up into tiny bits by the sea. I pick trash often out of the Wissahickon and so much of it is straws. (See the website www.strawlessocean.org.)

We are using so many of the world’s resources. I wish you had mentioned that in 30 years there will be more plastic than fish in the ocean. What will that mean for the kids who are being given all those straws?

It’s a terrible time to be an ocean creature. Believe me, if there is one turtle with a straw up its nose, there are hundreds more. So many creatures are being tortured and killed by plastic; an estimated 71 percent of seabirds and 30 percent of turtles have been found with plastics in their stomachs, and when they ingest plastic, marine life has a 50 percent mortality rate.

It’s a terrible time to try to be a conscious human who is aware of our impact on and destruction of the natural world. As much as I appreciate the Co-op finally trying to deal with the amount of trash the Co-op itself creates, there is so much more it can do.

What we cannot do is downplay the problem and when ordering products ignore where the trash will go. The Co-op has to lead the way as this kind of store.