GM's Corner: In the Battle to Eradicate Single-Use Plastics, We Could Use a Superhero | Weavers Way Co-op
Skip to main content

GM's Corner: In the Battle to Eradicate Single-Use Plastics, We Could Use a Superhero 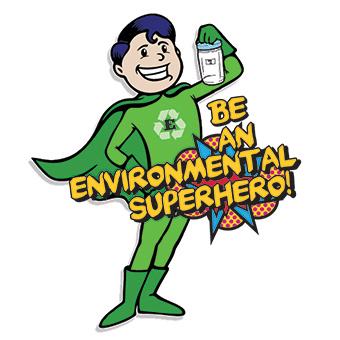 In 1941, while robbing the Crawford Chemical Works, a petty thief named Patrick O’Brien was surprised by the night watchman, shot in the arm and doused in a strange chemical liquid. Left for dead by his accomplices, he was nursed back to health by a kindly monk, discovered that his blood had been altered by the chemicals and hence devoted his life to fighting crime.

Why? The problem might be in the name. In 1941, plastics were the new frontier. Lightweight, inexpensive, impervious to water and, like Plastic Man, malleable into limitless shapes, it was thought plastics would have a transformative impact on nearly every industry and would, in many ways, make our lives better.

Fast forward to 2019, and plastics have fallen out of fashion. In fact, they’ve become vilified. To be clear, the ire is directed not against plastics, broadly speaking, but rather against single-use plastics: food containers, water bottles, bubble wrap and the like.

Under the best of circumstances — and those are decreasingly likely — single-use plastics are properly collected and recycled into something else: office chairs or car dashboards or something along those lines.

Instead, single-use plastics are usually put in landfills (they will be there long after we’re gone), incinerated or dumped into the oceans, where growing swirls of plastic waste are doing incalculable harm to marine life. The Great Pacific Garbage Patch alone is estimated to have 1.8 trillion pieces of the stuff.

Single-use plastics are seemingly everywhere, part of the fabric of our 21st-century existence, as much a part of our lives as running water and smartphones. But while our use of them continues, I am not without hope. The tide is turning, although it might be hard to see.

At the Co-op, we can hear the growing chorus of voices demanding change. It started a few years ago with a complaint here, an observation there. It grew last year with a well-attended member meeting that led to the formation of our Plastic Reduction Task Force. And with nearly 100 attending February’s Plastic Reduction Forum, we’re now poised to begin taking real action.

Our members are telling us something. And we must respond, starting with this admission: Weavers Way, our beloved Co-op, which does many, many good things, is, nevertheless, as a grocery retailer, part of a system that is simply too dependent on single-use plastics. We are complicit in what is unsustainable.

Starting this month, we will begin to pivot. For the past 46 years, the amount of single-use plastic at the Co-op has slowly risen. From now on, we are committed to making it fall. It will take time — perhaps too much time for some of our members. But by taking incremental steps over the next few years, we can make real change happen.

Convincing our customers to give up the convenience and ease of single-use plastics will not be easy. In fact, it might require some superheroic intervention. Fortunately, there’s a good guy with a bad name who’s got time to spare, and he’s in need of a cause.

So Plastic Man, before you suffer the fate of Asbestos Man (yes, there really was an Asbestos Man), I propose a name change: Sustainable Man! Committed to eradicating single-use plastics from the Earth! Now let’s get to work.