Cooperator of the Month: Jeannie Gerth 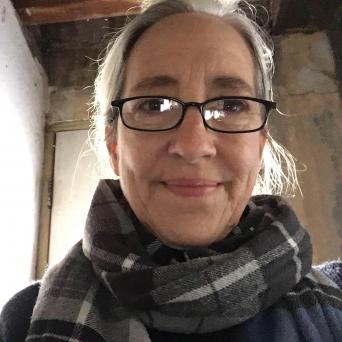 Lives in: East Mt. Airy, with her husband, Tony, and their daughter, Neva (21), a dance major at University of the Arts, and son, Lucce (17), a senior in high school.

Current jobs: Jeannie homeschooled both children and is a permaculturist. She and Tony recently founded the Urban Permaculture Lab, a demonstration project.

Why they joined: She first heard about Weavers Way from friends when she was living in Center City and participating in a playgroup at Water Tower Recreation Center in Chestnut Hill. Once they moved to the area, they joined “because I wanted an alternative to the Acme.”

Why they’re working members: “I just think if you’re going to join a co-op, you should be a working member. And plus, there’s more of a sense of ownership, and you know more of the people…It helped me feel like a part of the community.”

Co-op job history: She’s been leading the tours of the Agricultural Village at Awbury Arboretum. She’s also hosted a permaculture mashup for members.

Favorite Co-op products: She’s working toward a zero waste kitchen, so she loves everything bulk. She’s also a fan of Better Than Bouillon No Chicken Base, Celestial Seasonings Roastaroma tea, and the 99¢ a pound apple sale.

Thoughts on the Co-op: “I’m involved in many co-ops…so I like to have one in the neighborhood. I think the major value they have in every case is creating a local economy, and not just financial economy — a sort of social economy.”