Digging In to Care for Trees 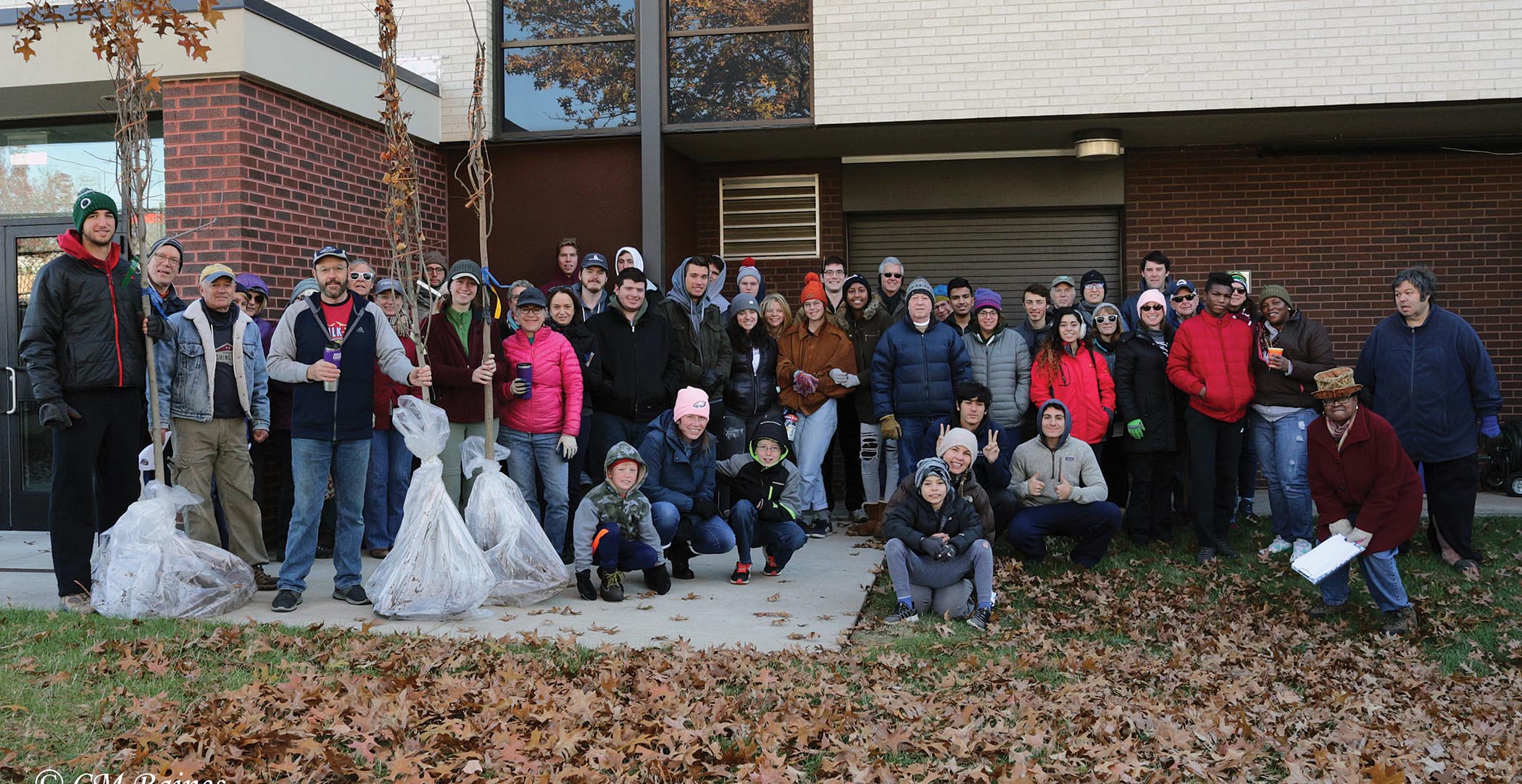 This year’s group of volunteer tree planters in Ambler.
by
William Hengst, for the Shuttle 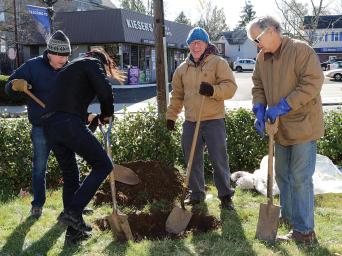 Interested in learning how to care for trees? There’s a program — and a class — for that.

The Pennsylvania Horticultural Society manages Tree Tenders, a tree-planting program in Philadelphia and the other four counties in southeastern Pennsylvania, with the help of neighborhood volunteer groups. The program includes a nine-hour course that trains volunteers in tree biology and identification, planting techniques, pruning, and maintenance, as well as recruiting and organizing community tree-planting groups.

Tree Tenders groups identify locations and then organize events to plant trees. These events are typically held each April and November, depending on demand. Eligible locations for planting include berms next to sidewalks, private front yards, school and church grounds, public parks, and riparian areas. They are active in Ambler, Germantown, Chestnut Hill, and Mt. Airy, along with numerous other communities.

Community tree planting in Ambler dates back to 1990, when its Shade Tree Commission was established. In 2006, the Tree Tenders group was organized by local resident Susan Curry, who was inspired by her PHS training course. “I finished the course loving trees as individuals— the way they make their own food, and the kinds of threats they are vulnerable to suffering,” she said in a recent interview.

Between 2006 and 2010, Curry organized several all-day planting events that drew many volunteers and volunteer organizations, including the Girl Scouts, Key Club International and the Interact Club of Rotary International. During those years, the group planted close to 1,000 trees, mostly on riparian areas in municipal parks.

A riparian area is the interface between land and a river or stream. When restored with trees, they help slow stormwater runoff and filter out pollutants from lawns, farm fields and roads.

The Ambler group’s largest planting project occurred in Borough Park along Rose Valley Creek, a tributary of the Wissahickon Creek. According to Curry, this area suffered subsequent flood damage caused by two 100-year storms (Hurricanes Floyd and Irene/Lee) that destroyed many trees. After the Tenders replaced the trees, the riparian area was restored to its natural state.

Planting in riparian areas is spearheaded by the PHS Tree Vitalize Watersheds program, which is responsible for planting over 140,000 trees since 2005 in watersheds throughout southeastern Pennsylvania. Each year, PHS awards grants to municipalities and conservation organizations to make this program possible.

Today, tree planting in Ambler is overseen by the Borough’s Environmental Advisory Council. In the last two years, 162 trees have been planted as part of the “Make Ambler a Shade Better” street trees program.

According to Borough resident Jillian Sanchez, who organizes the volunteer groups, all the trees come through PHS, which buys them from growers in New England at wholesale rates. The savings are passed along to the municipality. All are bare root trees, which have excellent survival rates, and are delivered by the borough to each location. At the time of delivery, the trees are six to eight feet tall.

Tree requests for planting next spring are due in January; the trees arrive in April. Requests should be sent to amblereac@gmail.com.