Ambler Partnership Approved; On to Construction 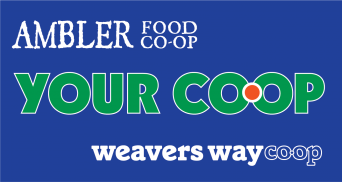 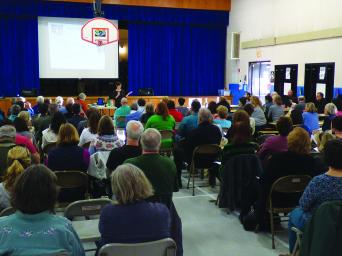 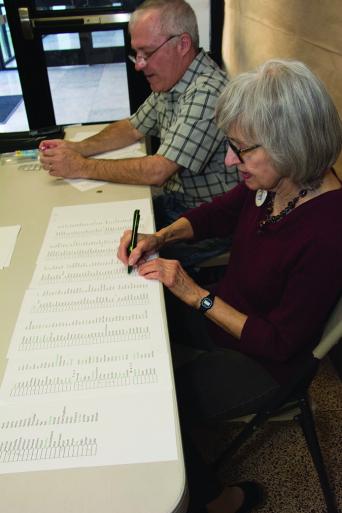 With the approval of a partnership agreement, Ambler Food Co-op members moved a step closer to becoming part of Weavers Way — and to welcoming a Weavers Way Co-op store to town.

The vote, held Sunday, Feb. 19, at an AFC general membership meeting at Ambler Borough Hall, was greeted with cheers and toasted with champagne. It authorized the AFC board to take the steps necessary to transfer more than 500 member-owners to the Weavers Way rolls and consolidated an already avid support base for the new store, Weavers Way’s third and its first outside Northwest Philadelphia.

Weavers Way Ambler is expected to open its doors in July, with a grand opening after Labor Day.

“With 150 people in the room, this partnership agreement was enthusiastically ratified because the Ambler membership don’t want just any store — they want a store that will have deep roots in the community, led by people who know how to run a successful operation,” said AFC President Kathleen Casey. “Weavers Way has the experience needed to make this project a success and the commitment to the cooperative values that we’ve been on the ground talking about for five years now.”

“It is a win-win, and we couldn’t be more excited,” Casey said.

“We’re overjoyed to welcome Ambler Co-op to the Weavers Way Co-op family,” said Weavers Way General Manager Jon Roesser. “We took our time to do it right, and as a result, we’ve secured the best possible building in the best possible community for a third Weavers Way store. Our partnership with the AFC provides us with a core base of members to build on.”

“We are delighted by the prospect of bringing a needed full-service grocer with locally sourced food to our downtown,” said Ambler Mayor Jeanne Sorg. “In Ambler, we pride ourselves on being a walkable community where our residents can get what they need right here in town. Weavers Way will fit very well with our two member-owned theaters, packed restaurants and retail shopping that serve not only our borough residents but all of the neighboring communities.”

The partnership agreement goes into effect once Weavers Way secures commitments for some $2.3 million in commercial loans for construction and equipment. Just a few days before the Ambler vote, Weavers Way signed off on a sublease with Aldi Corp. for the former Bottom Dollar store at 217 E. Butler Ave.

The Co-op is also applying for a $250,000 low-interest loan through the Montgomery County Opportunity Loan Program. And with last fall’s “Together We Grow” campaign, the Co-op has raised $1.5 million in loans from members, who also chipped in some $45,000 in additional member equity.

“Several firms have expressed interest in getting the RFP and they’ve toured the site and building already,” Roesser said. “In addition to cost, we’ll be taking into account when they can start and how long they will take.”

“The next phase I’m focusing on is working with Jean and Eric” (produce manager Jean MacKenzie and assistant Erik Fagerstrom) “on the produce bins,” Carb said. “We’re hoping to get them custom-made by some Ambler volunteers . . . there’s so much energy around this whole project. It will be good to actually be working on site in Ambler.”

The Co-op has already ruled out seeking LEED “green” building certification, Roesser noted, saying, “We had Strada look into it, but formal certification is so expensive. We’re already ‘recycling’ a used building and you can be assured we’re paying close attention to waste management and other sustainability issues — if we didn’t, the membership would revolt, not to mention the staff.”