For This Year's Go Mt. Airy Gala, You Choose the Champion! 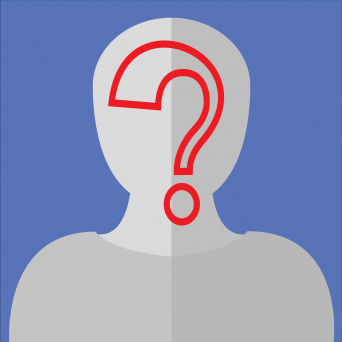 The Go Mt. Airy Gala makes its return on Saturday, April 1; don’t be foolish and miss out on the celebration of what makes Mt. Airy Mt. Airy! The fête, Mt. Airy USA’s largest fundraiser, will as in years past feature a taste of the neighborhood through local food and drink, a silent auction, and a public recognition of Community Champions. New this year, those awards include a People’s Choice.

You’ve probably seen the ballot boxes in the Co-op and at other businesses around the neighborhood. Has someone inspired you to do more and do better? Does someone you know provide a localized service that improves your quality of life? Do you have a neighbor who makes you proud to live in Mt. Airy? Nominate that person for a People’s Choice! This award is entirely a write-in process, wholly democratic. We’ll tally the votes from all the ballot boxes and announce the inaugural Go Mt. Airy Community Champion, People’s Choice, at the Gala.

This year’s slate of Community Champions, as nominated by the Gala committee, also includes:

Business: High Point Cafe. Mt. Airy native Meg Hagele has built a mini-empire of coffee and carbohydrates in the neighborhood. Starting at the mother ship near the Co-op, to the “auxiliary seating” at the Allens Lane train station, and through to the wholesale operation which daily gives Germantown Avenue an aroma of roasting coffee, her team of 36 employees embodies the diversity and friendliness of Mt. Airy, and they craft incredible products in the process.

Education: Tammy Thomas, principal, Eleanor Emlen Elementary School. Leading a public school in Philadelphia is a monumental challenge, and yet Tammy has done it with aplomb. Emlen, a 100 percent economically disadvantaged school as determined by School District criteria, has made significant improvements in standardized test scores; last year, it was one of only three in the Philadelphia system whose scores improved 7 percent or better in both math and English. Tammy also has led a concerted effort to better engage parents through monthly workshops on testing and parent participation in student tutoring.

Development: Bancroft Green. Brothers G.C. and Scott Seibert have built over 65,000 square feet of sustainable living space in Philadelphia over the past decade. Just down the street from the Co-op, 520 Carpenter Lane is under construction, and when completed next year, it will feature low-energy infrastructure, a space for creative “makers,” a public courtyard and the goal of LEED certification.

Culture: David Dye. Last fall, WXPN’s “World Cafe” celebrated 25 years on the air with host and producer David Dye. Through a wide-ranging mix of established and emerging artists, including interviews and live studio performances, “World Cafe” has become one of the most listened-to programs on public radio, attracting over half a million listeners every week on over 200 stations. While he’ll continue to host “Funky Friday,” David will retire from his World Cafe post on March 31. So the next evening, we’ll raise a glass to his quarter-century of success.

How you fill that glass is up to you. Options will be available from the cash bar, and those drinks will pair nicely with all your favorite dishes from local restaurants and catering companies. Speaking of the bar, this year, we’ll keep it open later so everyone can cut loose. We’ll even have low-cost after-party-only tickets available.

It’s a fun evening of Mt. Airy celebrating Mt. Airy at the Commodore Barry Club, 6815 Emlen St., 7-10 p.m., with dancing and music by Mt. Airy band Not My Dogg until midnight.