Breakaway Farms Is Our Newest Provider of Grass-Fed Beef & Pork 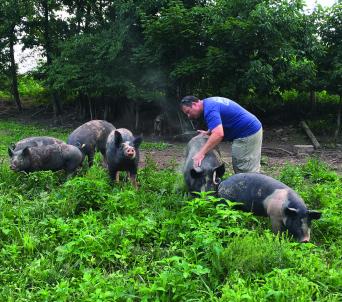 Valerie Baker photos
Nathan Thomas raises free-range cattle and pigs in Lancaster County. He and his father started Breakaway Farms 14 years ago to “break away” from standard animal-raising practices.

Nathan has been working on a farm for his entire life and has been in this business for 14 years. Why is it called “Breakaway” Farms? Nate and his father decided they would “break away” from industrial farming standards.

Breakaway’s eight farms, all in the Mt. Joy area, use intensive grazing methods, in which the land is sectioned into multiple segments. The cattle feed on one section, and as soon as that section has been consumed, they are moved to the next, which has been growing for weeks completely untouched. As soon as that section is completely consumed, they move to the next, and so on.

During a tour of the farms, we were fortunate to have been able to interact not only with the grass-fed and grass-finished cows — and one very large bull — but also to see Nate’s heritage-breed pigs rolling in the mud and foraging for turnips and other home grown fodder.

At Breakaway, using a local slaughterhouse is a top priority to ensure that animals are not stressed by being trucked long distances. Along with genuinely caring about the well-being of his animals, Nate explained that stress releases lactic acid into the muscles, which can make meat more susceptible to bacteria and reduces shelf life.

Breakaway does its own meat cutting and processing. Every animal is used to its full potential, leaving nothing to waste. From meat scraps to manure, every bit is accounted for.

Along with Breakaway Farms general manager Sarah Barton, please keep an eye out for our Breakaway Farms representative, John Rama, who will be making frequent visits to the meat departments in all of our stores, offering samples and answering your questions. 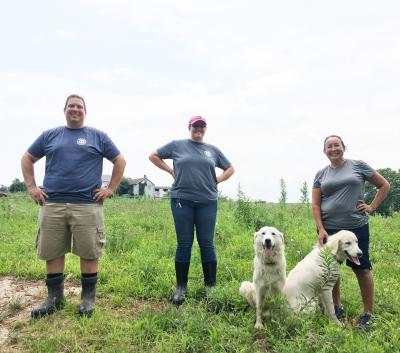 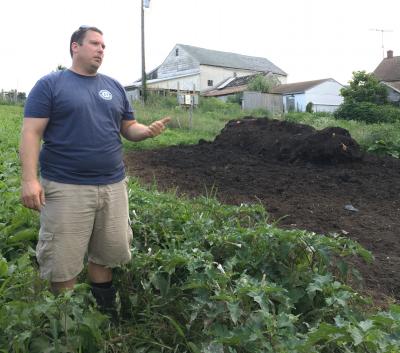 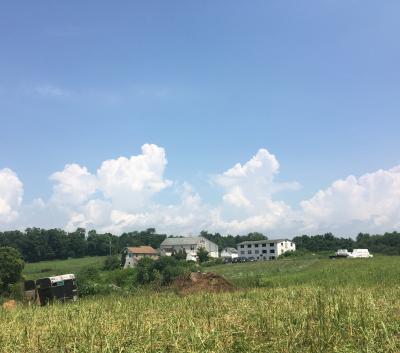