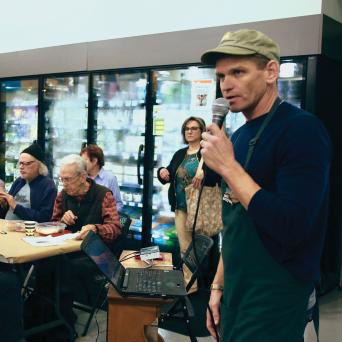 For more photos, see the gallery at the bottom of this page.

Last month’s Weavers Way General Membership Meeting was unusual in several ways. Instead of a church hall or school auditorium, it was held in a store — our Ambler store. And not just in the store — in Ambler’s spacious freezer aisle, where tables and chairs were set up for those gathered to hear General Manager Jon Roesser’s business report.

It was unusual in another way, too.

“I think we’re going to get started, and, uncharacteristically, on time,” Jon began.

“And we’re starting on time because, as you notice, we’re packed.”

The Nov. 2 event was synchronized with the Ambler store’s popular $4 Friday Dinner. And while not all of the 500 people partaking of roast chicken — plus free canapés and other appetizers butlered by Executive Chef Bonnie Shuman herself — were necessarily Co-op members, all were welcome to hear what Jon had to say about the state of Weavers Way.

Diving right into the state of Weavers Way, Jon said, “If you attended the spring General Membership Meeting, I described our Co-op’s business performance as ‘fine’ — I used that word very deliberately. I said the Co-op is performing fine. ‘Fine’ being halfway between ‘great’ and ‘lousy.’” To laughter, he continued: “Here we are six months later and I am upgrading the Co-op’s condition from fine to good.

“That’s not ‘great,’ but it is a step in the right direction. ...Certainly, the trend is very encouraging, so we should be happy.”

“Now we know exactly why that is,” Jon continued. “It’s all related to the costs associated with opening up the Ambler store. ...Our goal for fiscal ’19, the fiscal year that we’re in right now that will end on June 30th of next year, is to essentially wipe out this loss.

“And that will position us for an excellent fiscal ’20.”

He noted that cash on hand, “the money that we’ve got in the bank to run the business,” hit a troubling low in February, but has recovered — an EasyPay promotion last March provided a quick cash infusion as members beefed up their house accounts — “and since the end of the summer, we’ve been in a period of cash growth.”

Sales for the first four months of fiscal 2019, which started July 1, have lagged just behind the preceding year in Mt. Airy and Chestnut Hill, which Jon said was likely attributable to a bit of sales migration as some existing shoppers switched to Ambler. “These numbers are fine,” he said.

Jon cited other positive numbers indicating the overall health of the Co-op, including an increase in member households in the last 12 months of nearly 2,000, from 7,525 to 9,512, and even a small increase in Working Member participation, from 2,961 to 3,102.

Before turning the mic over to Weavers Way Board President Josh Bloom, he urged members interested in a deeper dive into Co-op economics, and more opportunity for discussion, to come to a special Member Business Forum scheduled for Thursday, Dec. 13. “It will be much more formal and detailed than this one,” he promised. “Do mark your calendars.”

In line with the tenor of the evening, Josh’s brief remarks also turned out to be a bit unusual. After introducing himself as the new Board president and thanking outgoing President Chris Hill for “a fabulous job running the board,” he continued:

“Jon started at Weavers Way 10 years ago as our HR director, and it’s four years ago that we hired Jon as our general manager. It was the best decision that we ever made as a Board. ...You make us look good and you make our job a lot easier.

“Turns out it’s the T-shirt and champagne anniversary,” he concluded, gifting Jon a rather large bottle wrapped in an orange shirt reading “10 Years . . . Seems Like Yesterday.” 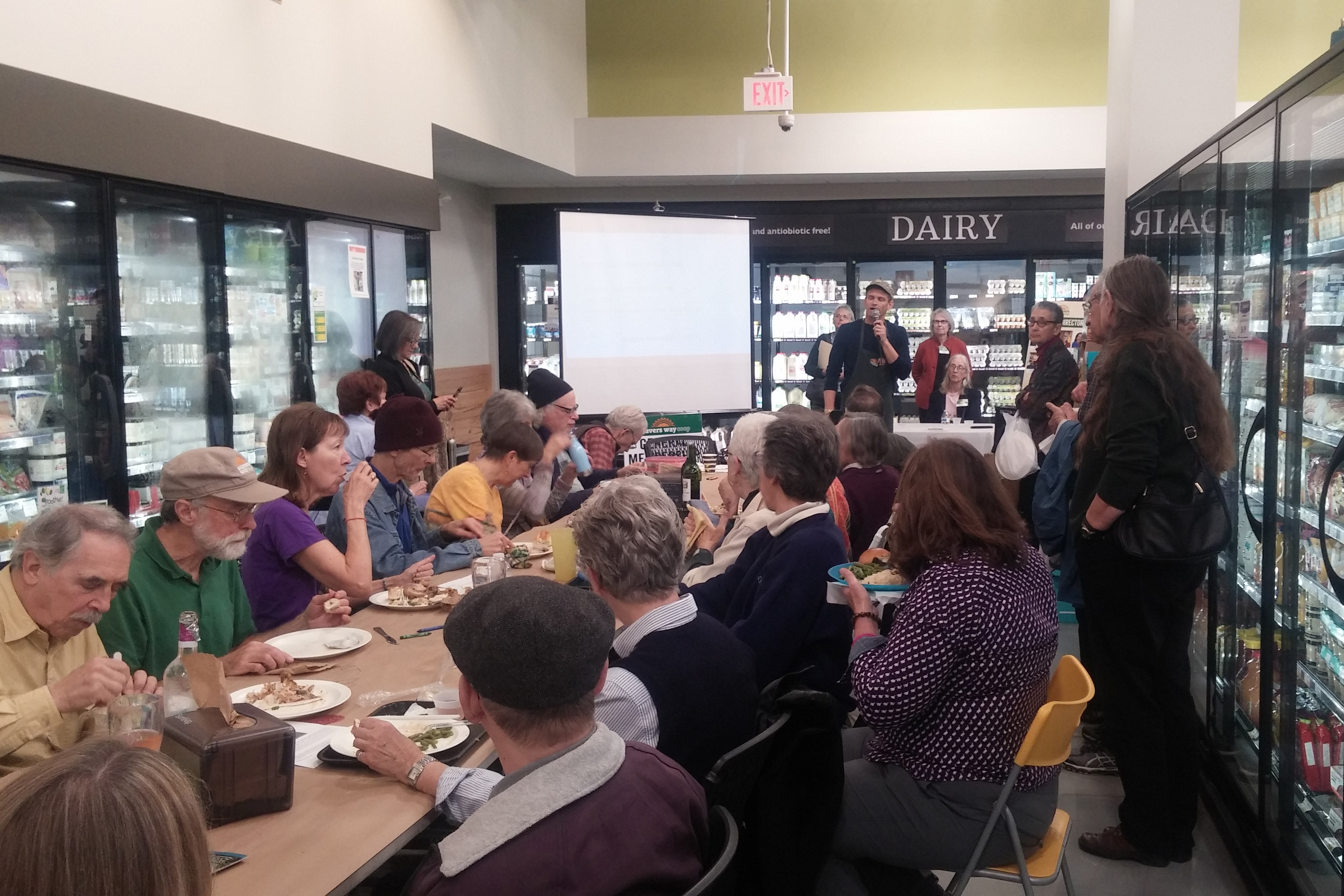 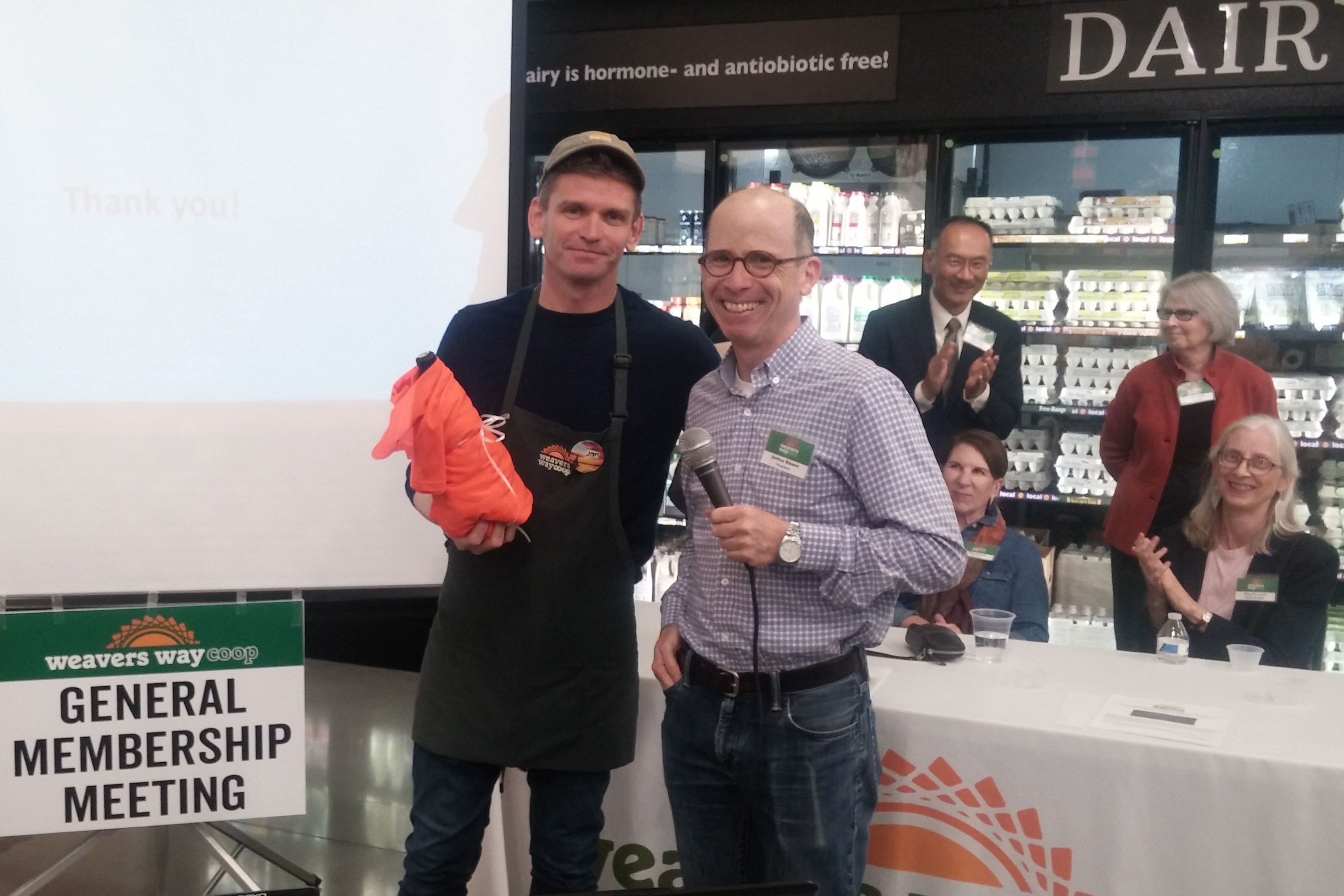 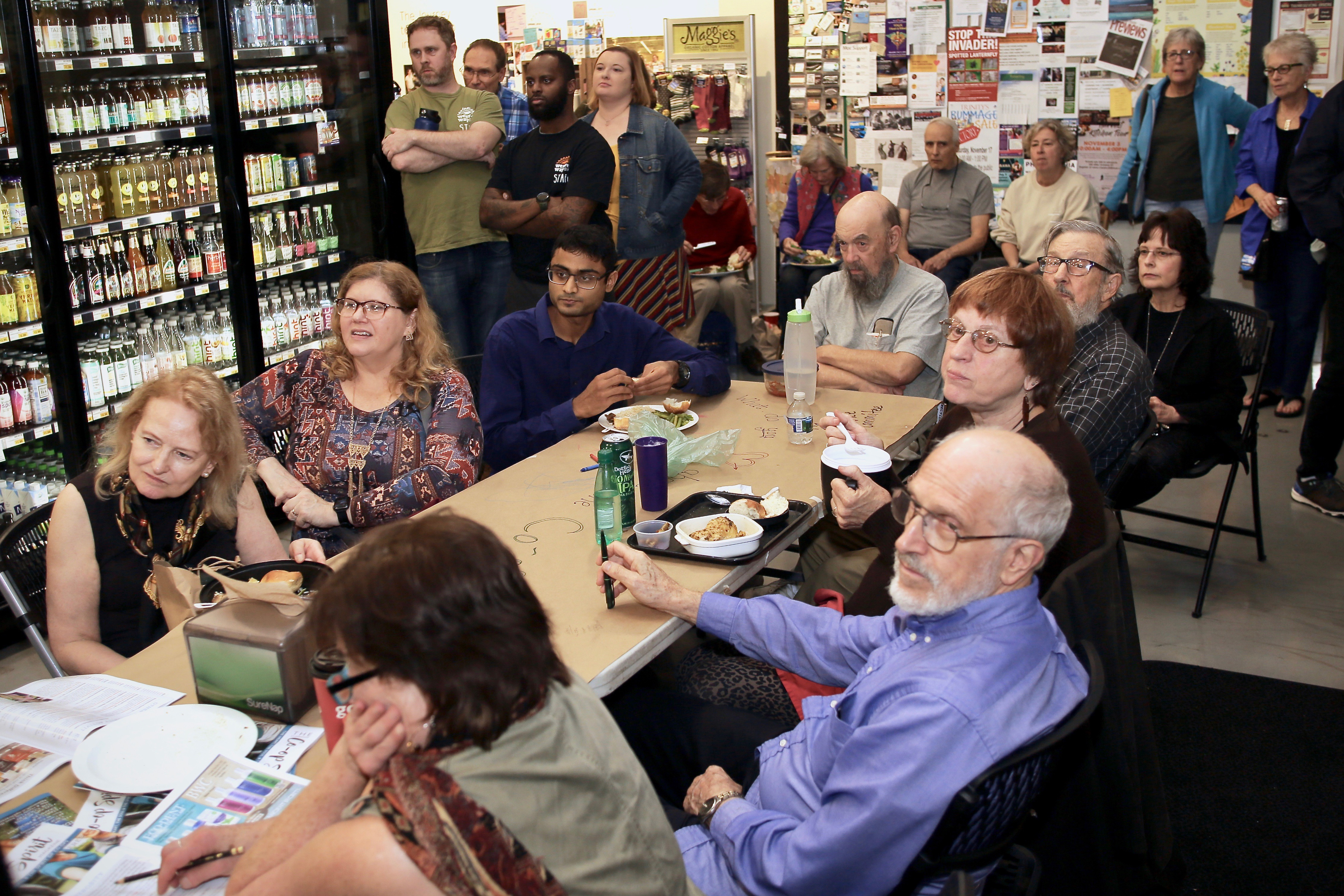 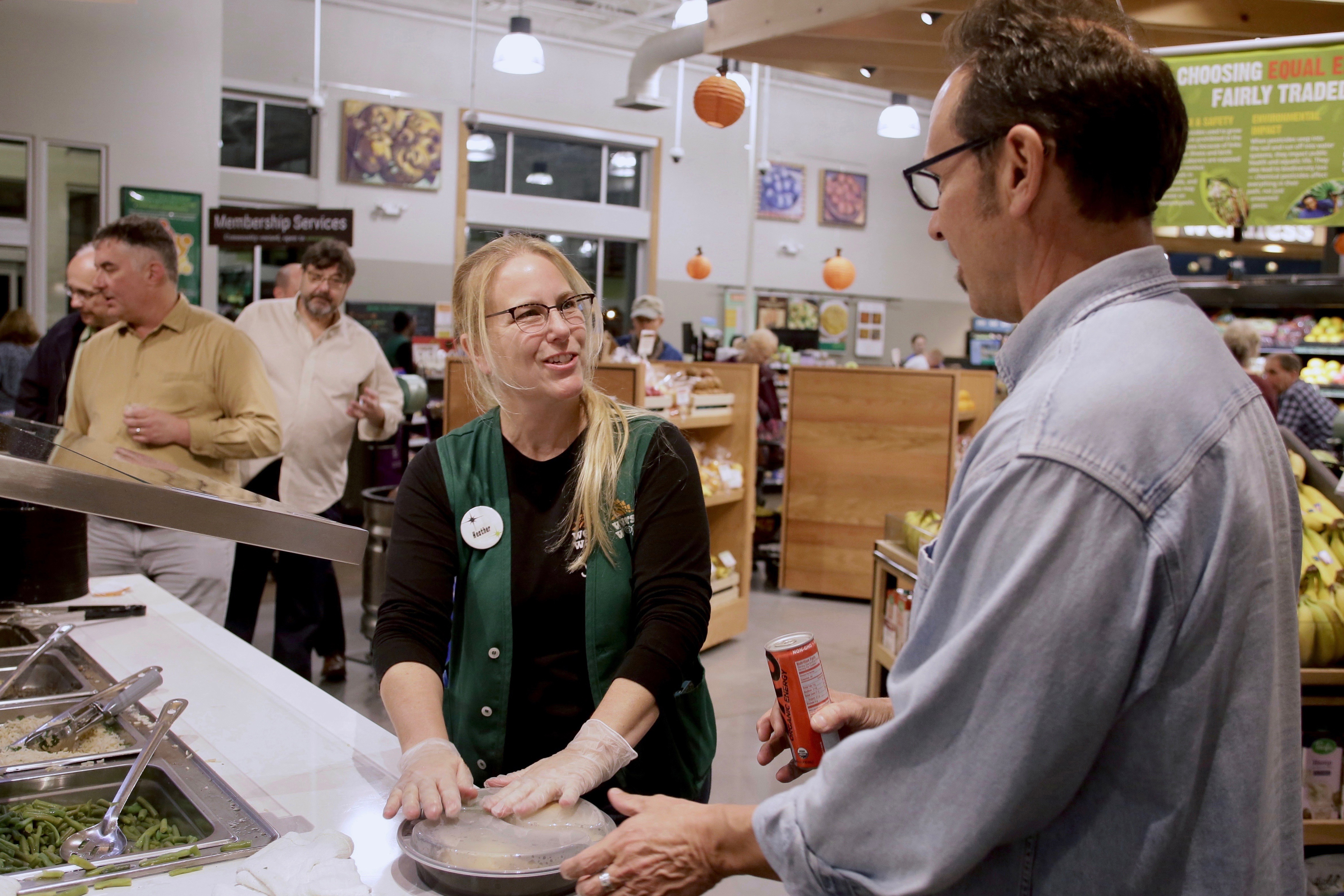 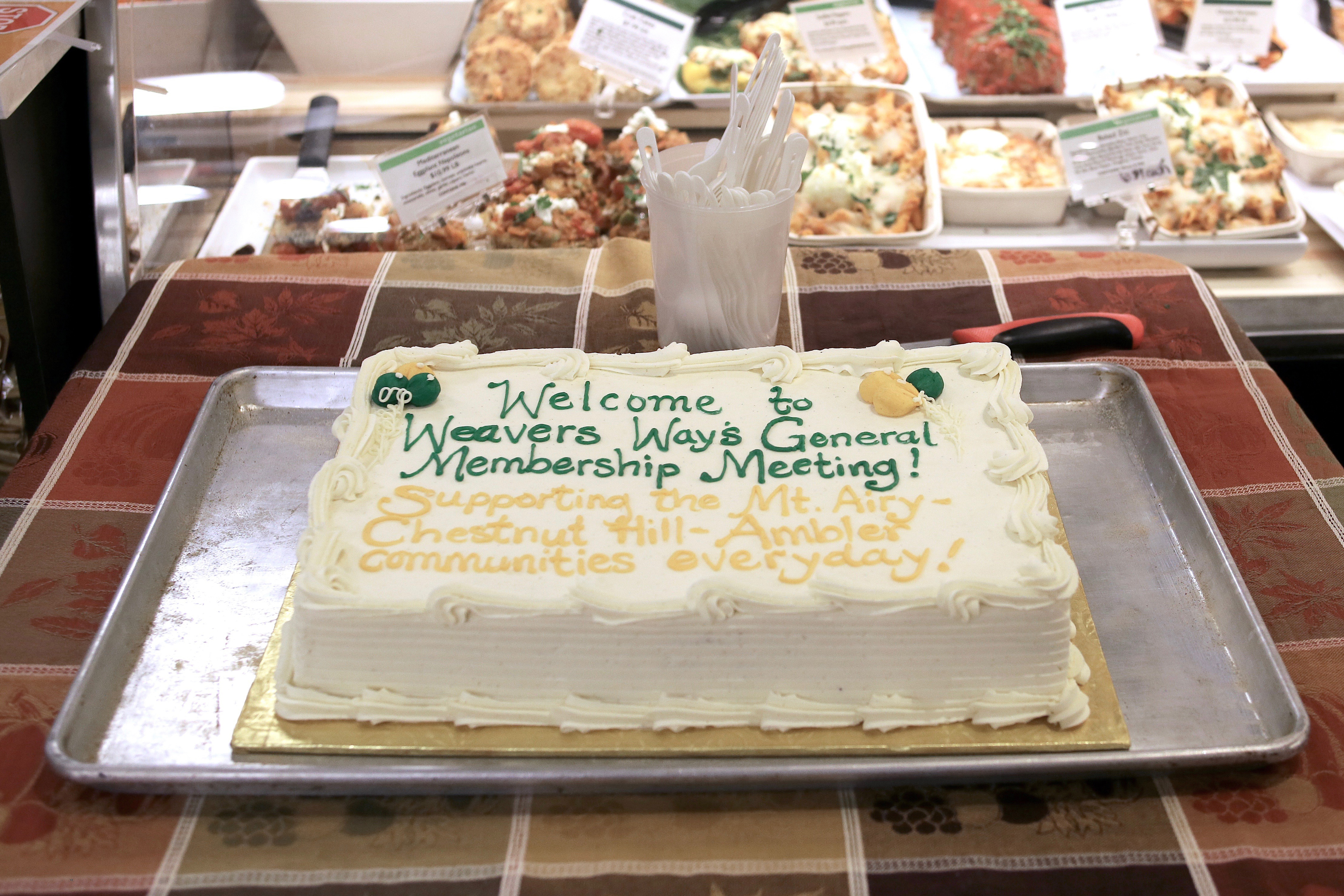 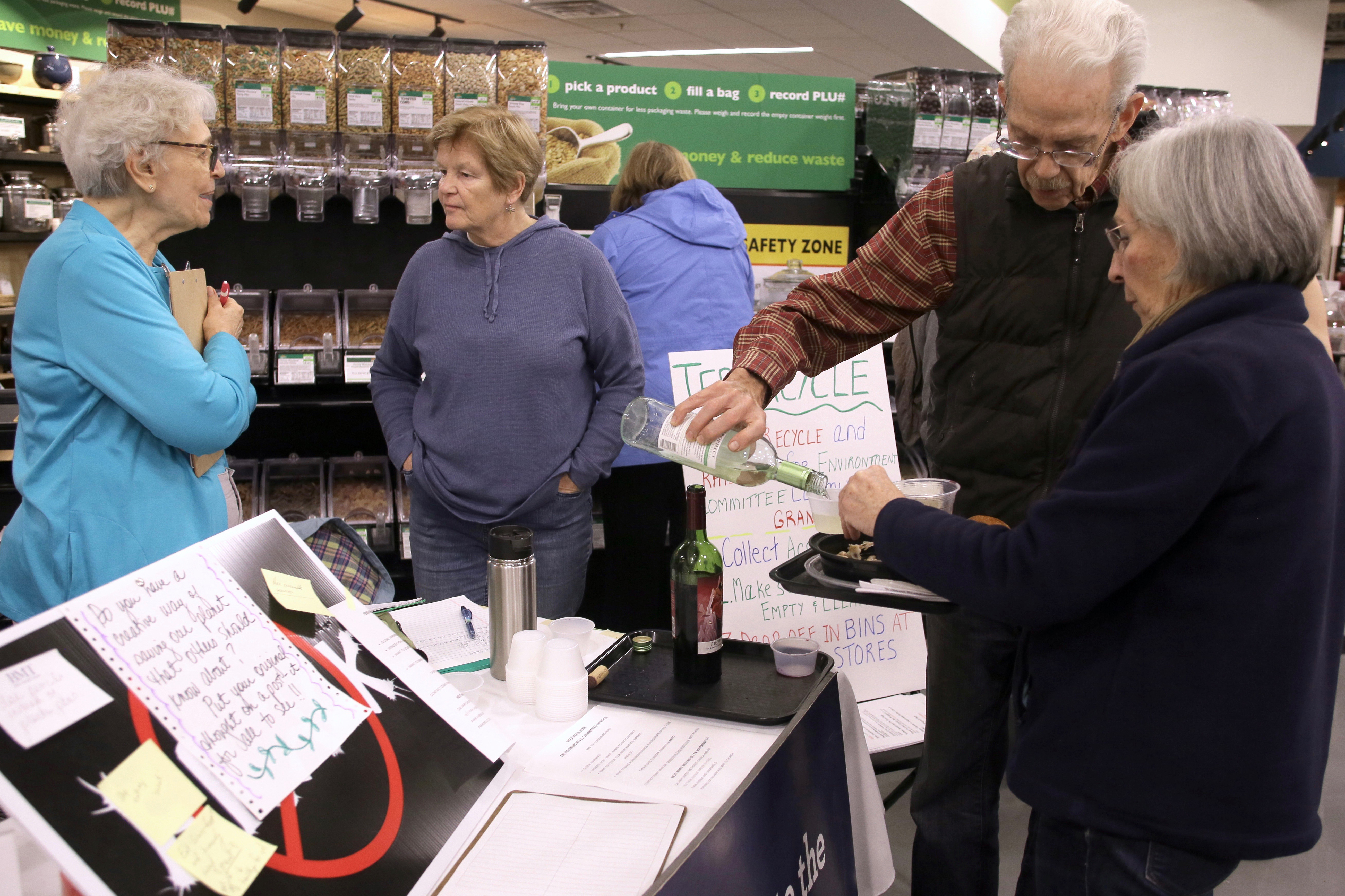 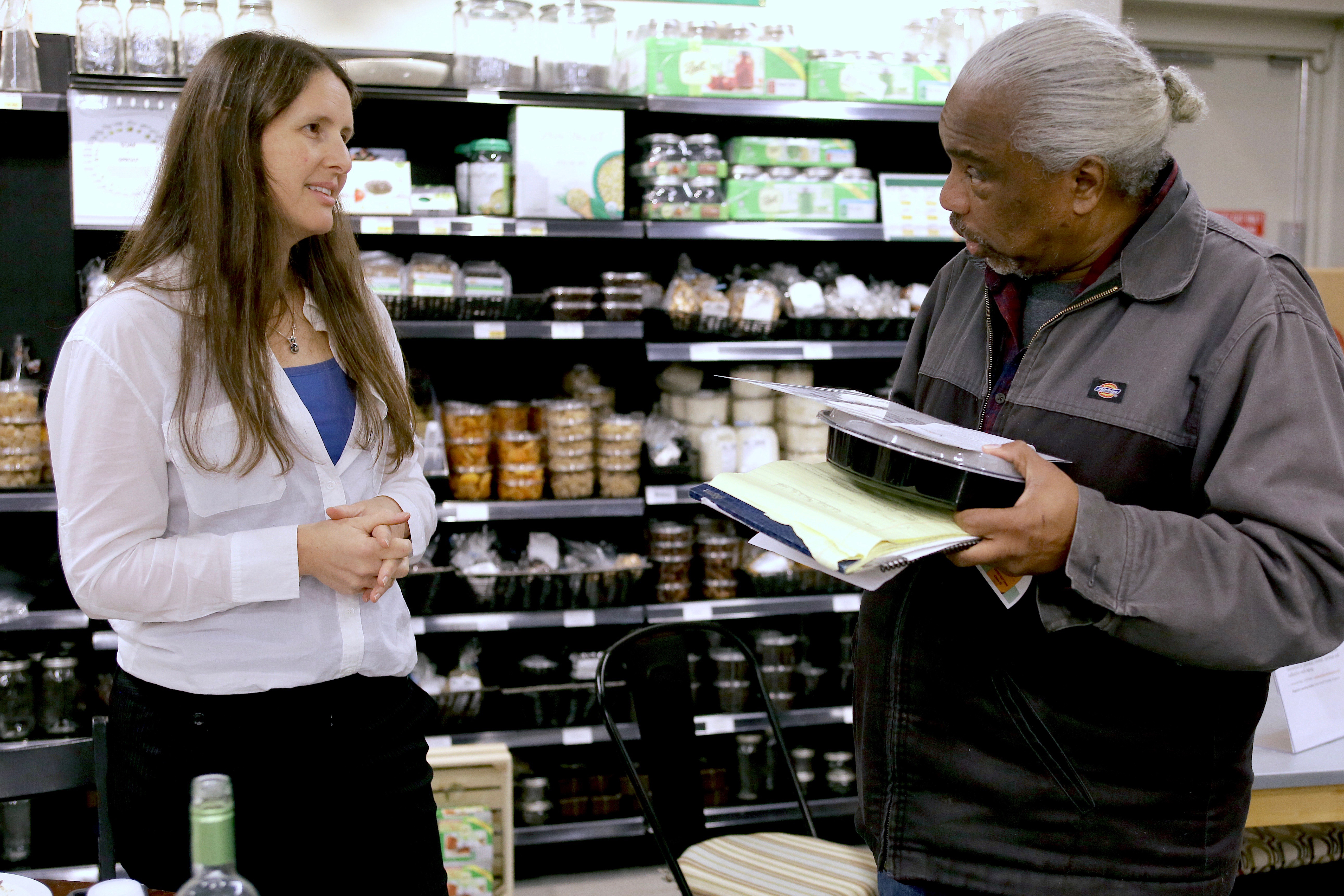 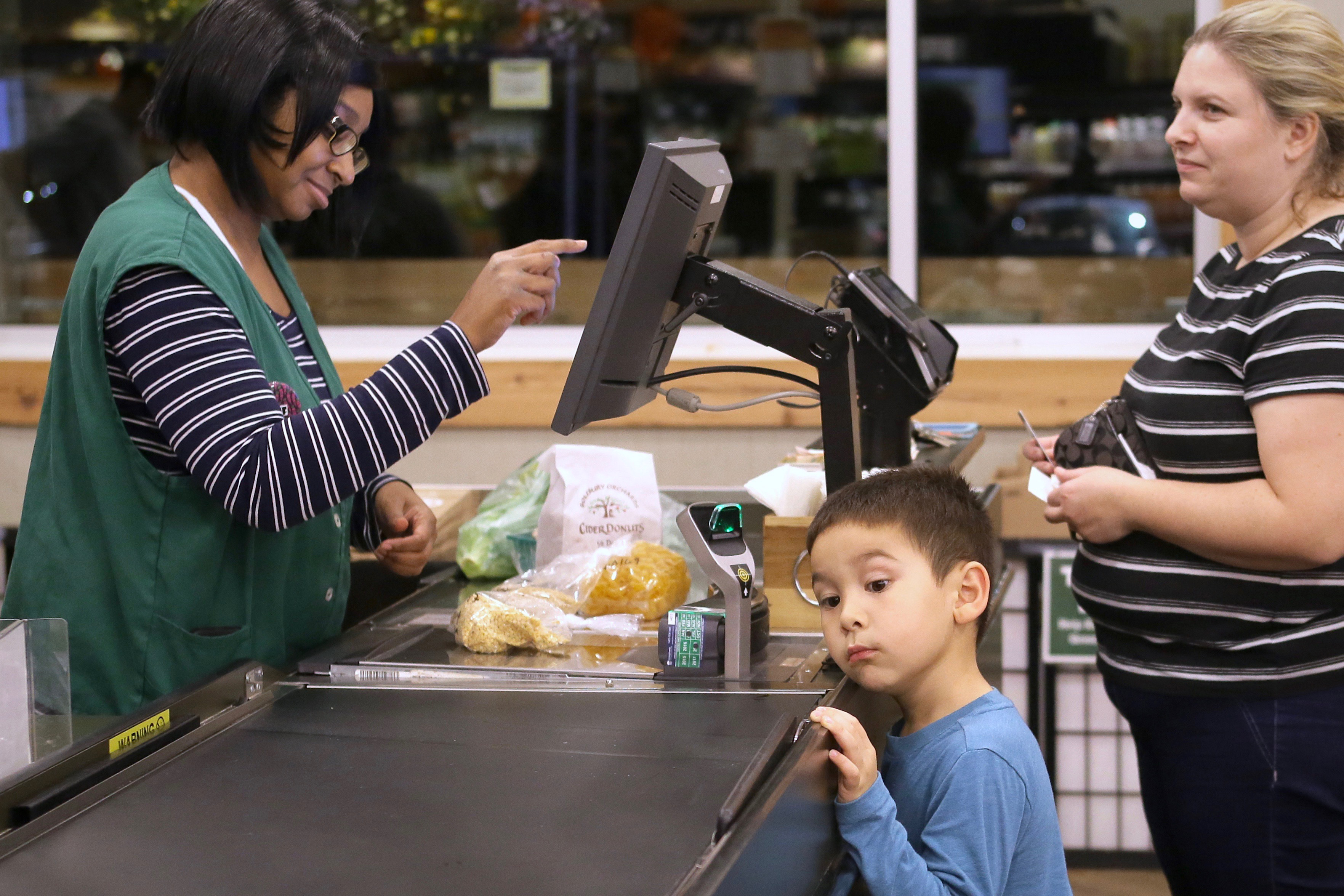 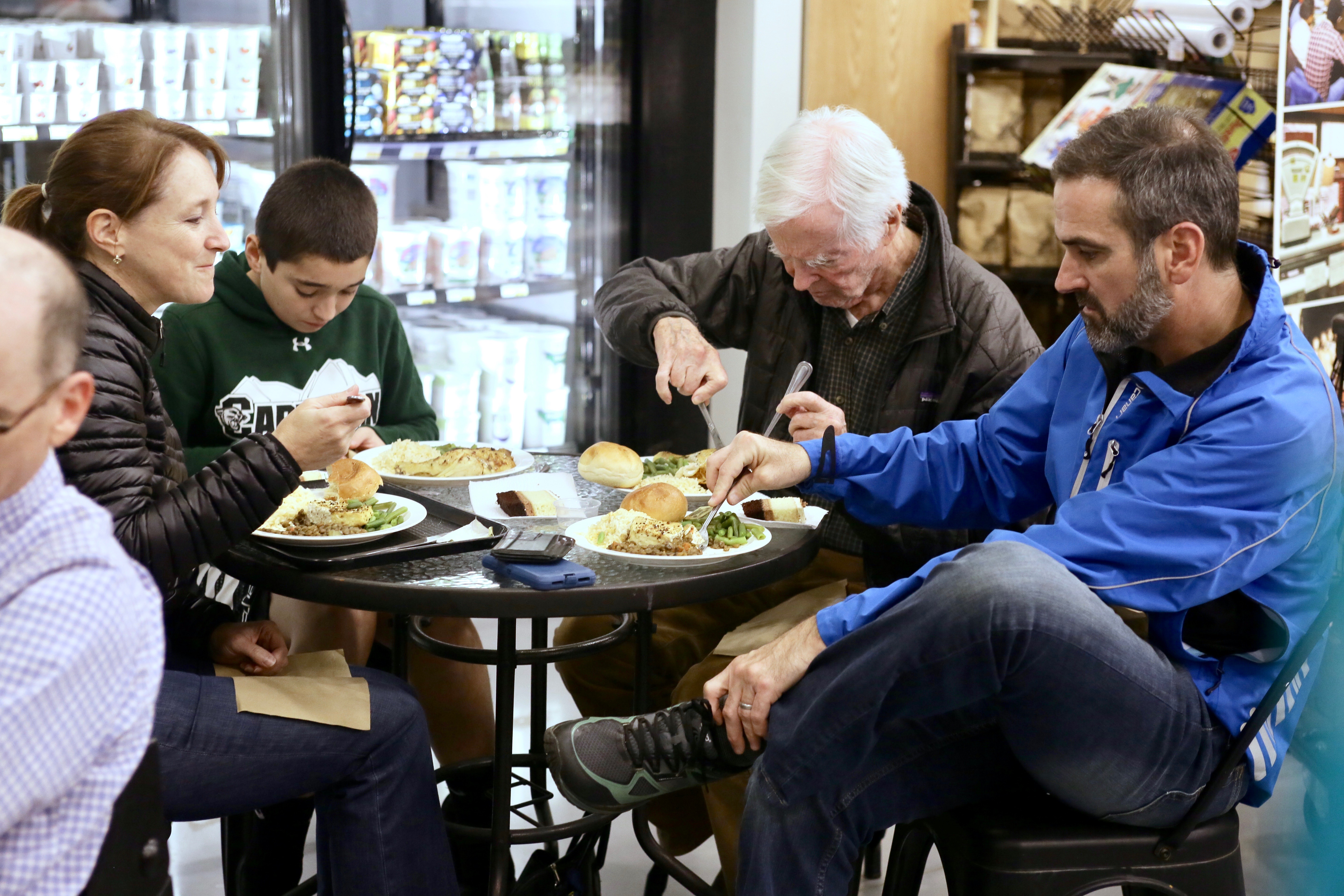 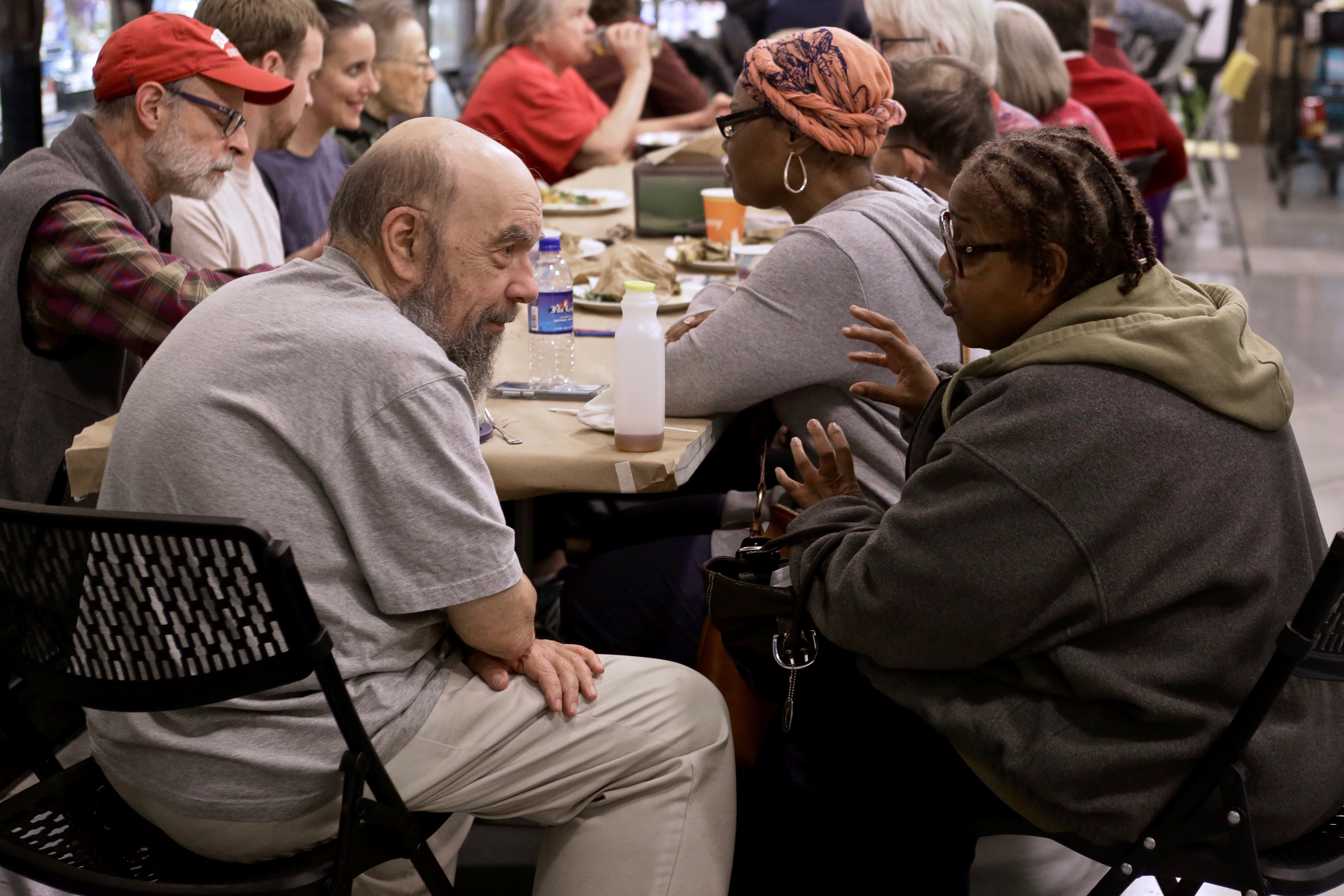 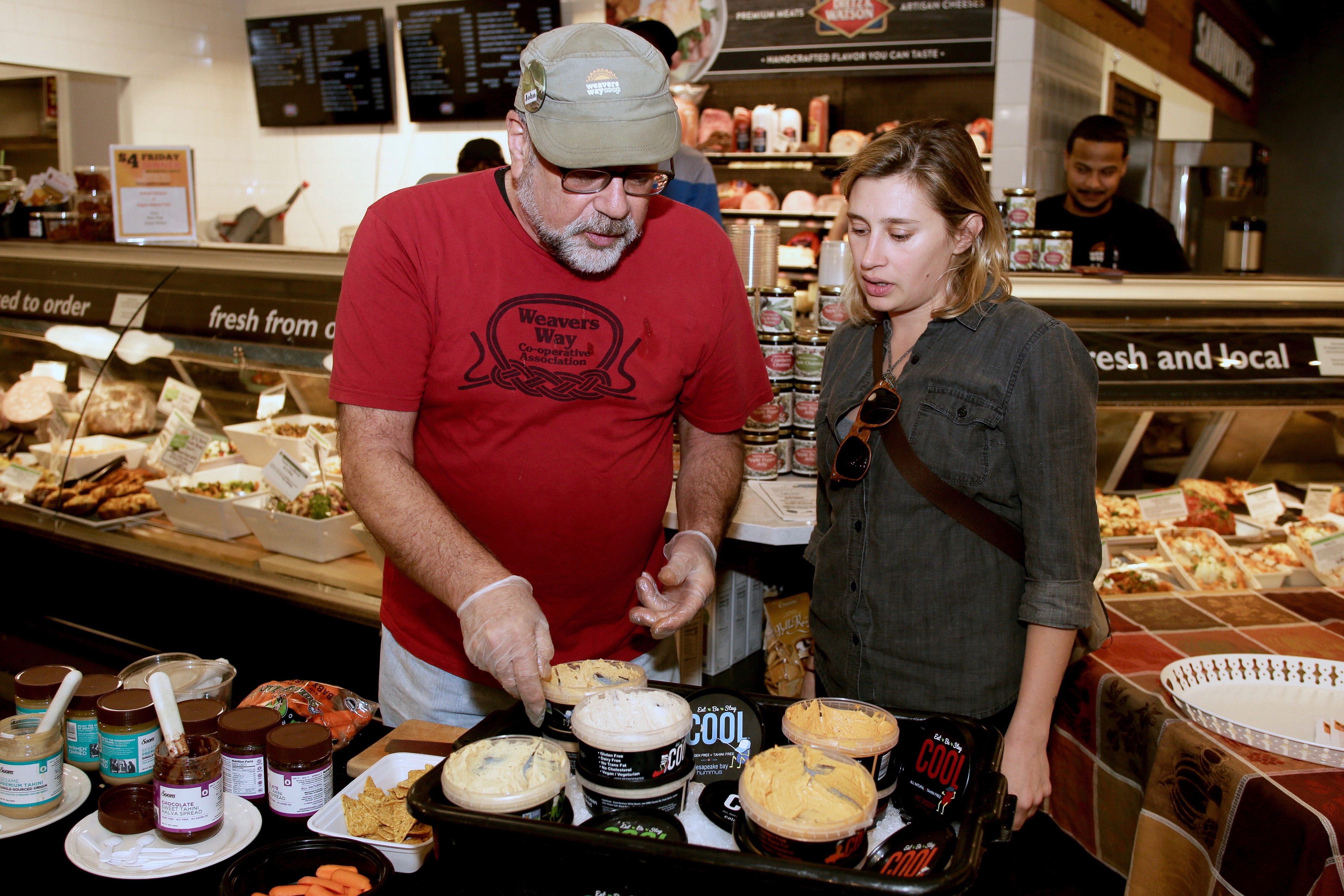 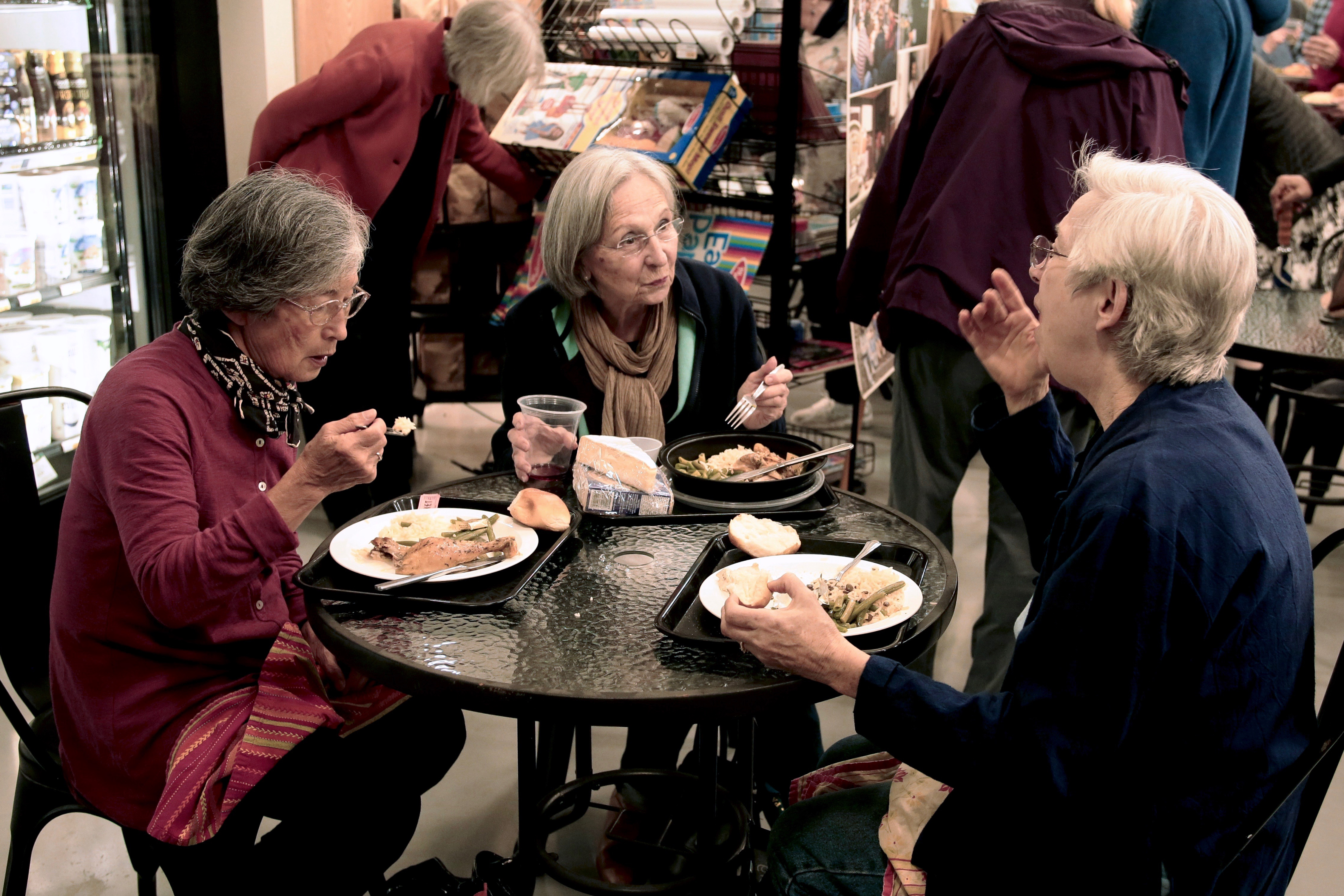 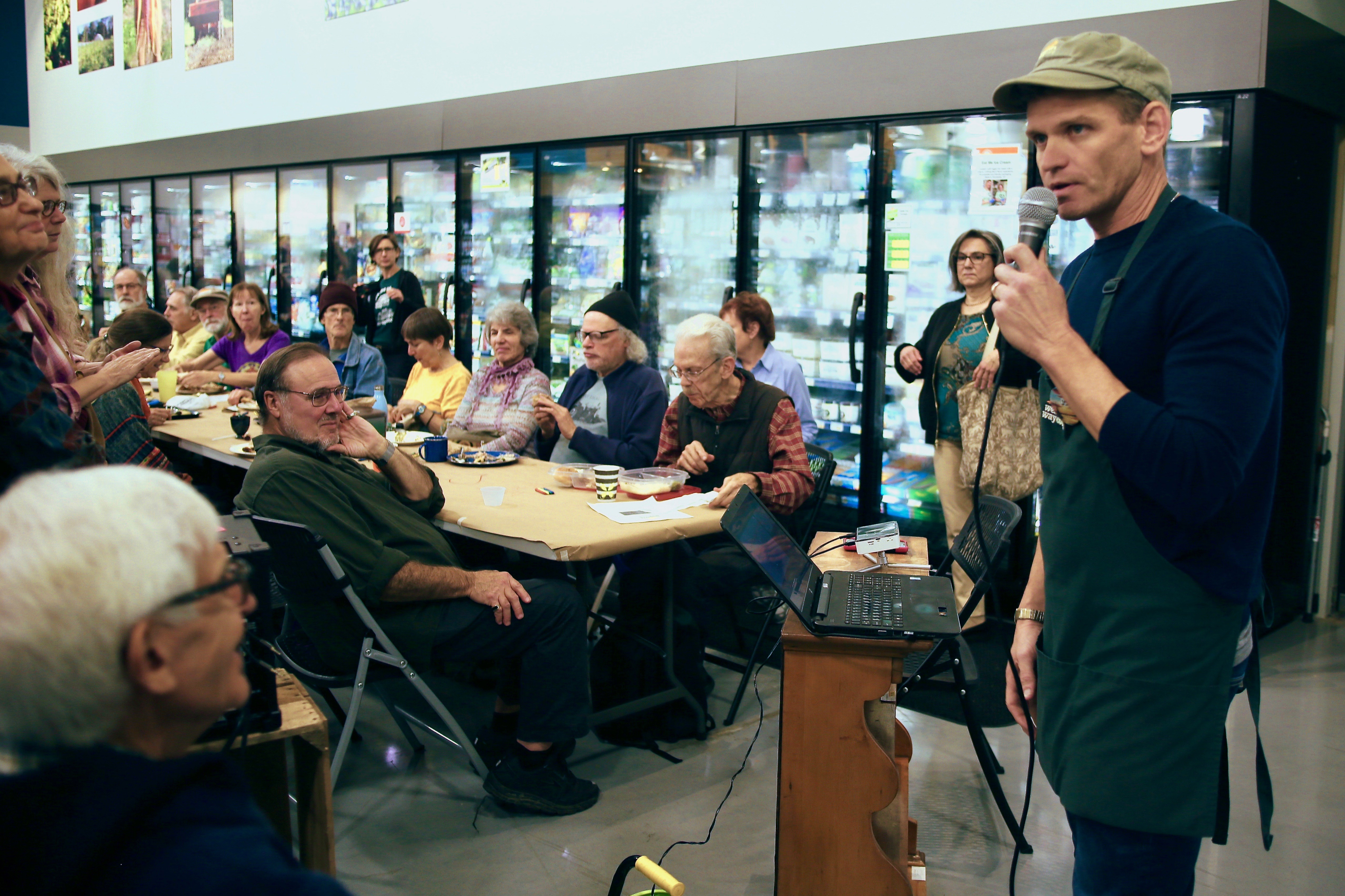