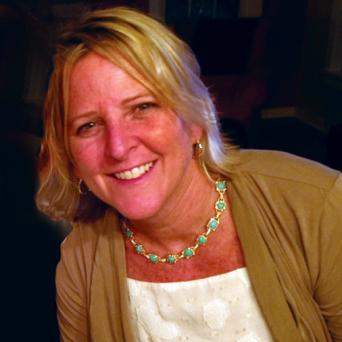 Where she’s from/where she lives now: Chestnut Hill/Erdenheim, with her kids, Abigail, 10, and Ryder, 9.

Education: She graduated from the Restaurant School after a couple of years at LaSalle University.

Job history, Part I: After high school, she started working part time at the Chestnut Hill Cheese Shop, where she stayed for 15 years. While she was at the Restaurant School, she interned at Peachtree & Ward Catering, got hired as a prep cook and moved up to become one of their head catering chefs. But after 10 years, she needed a change, and helped a friend open Downtown Cheese in Ardmore (now located in Reading Terminal Market). She thought she’d only stay a few months, but ended up working there for five years.

Taking a pause: She had to stop working after Abigail and Ryder were born. Eleven months apart, they were each born at 27 weeks and had to spend some time at Children’s Hospital. “It opened up my eyes to a whole new world down there. . . . If I won the lottery, I’d probably donate half my money to enhance their facilities.”

Job history, Part II: Once her kids were settled, she went to work at Bacchus Market & Catering in Center City. She also picked up hours at Evergreen Cheese and at a dentist’s office, but needed something full-time, which brought her to the Co-op.

Her take on the job: "It’s been challenging. But it’s good, [since] the day after Labor Day, it’s been busy. . . .I can relate to what the kitchen is doing, and I can give them my two cents on how things look or taste. . . . It’s nice working with Alisa and Susan [Consorto and McCashew, the Prep Foods managers]. I think we’re a good team.”

Her take on the Ambler store: "It’s different from Chestnut Hill and Mt. Airy. This is a little bit bigger, more grand. I think this is a great store. And I think it’s only going to get better and better. I really do.”