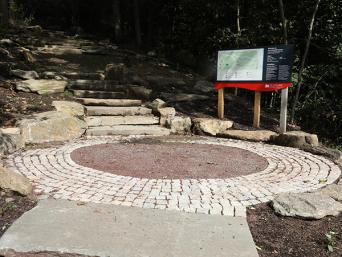 The Schuylkill Center’s 300-acre rectangle of open space in Upper Roxborough sits atop the Schuylkill River Trail. It’s a highly used backbone of the Circuit, the region’s burgeoning multi-use trail system, but for decades, bikers and joggers have zoomed past SCEE’s trail entrance without knowing we are there or that they can leave the River Trail to explore our forest.

In fact, the Schuylkill Center was hidden behind an 8-foot chain-link fence that, with invasive vines covering it, became an impenetrable green wall.

This fall, we cut the ribbon to inaugurate the River Trail Gateway, our stunning new connection to the River Trail. Designed by Manayunk’s Viridian Landscape Studio with signage by Cloud Gehshan and funding by the William Penn Foundation, the Gateway is anchored by a large red sign shouting the Schuylkill Center’s name — a bright beacon luring River Trail users uphill onto our trails.

Stone steps lead visitors to our trails. Halfway up, a circle of stone cobbles provides a place for groups to gather, and a large map shows the Schuylkill’s Center’s trail system. Pocket trail maps will also be available.

A short, curving steel wall holds back a garden of native plants, with metal I-beams evoking the River Trail’s industrial history — the Pennsylvania Railroad once steamed along this trail and a rock quarry hammered away only a few hundred yards away. Back in the 19th century, this was no quiet, idyllic spot.

But the biggest change is in the vegetation. Until this summer, a witch’s brew of invasive weeds, including at least one massive non-native tree, dominated the site. Now the invasives have (mostly!) been removed, and we’ve replanted with native wildflowers, shrubs and trees.

In addition, Smith Run, a small stream that flows through the Center and underneath the River Trail through a metal culvert, had been hidden for decades as well behind that green wall. When we pulled down the chain-link fence, we revealed a forested valley where the stream flows naturally, a surprisingly rare sight in Philadelphia. In fact, many small streams once flowed downhill from Ridge Avenue and into the Schuylkill River. Only a handful are left, and we placed a sign on the new wooden fence to interpret Smith Run and its history.

Since there are so many bikers on the River Trail, we’ve also installed a bike rack funded by REI (thank you!) that allows adventurous trekkers to lock their bikes and walk up into our trails.

The William Penn Foundation funds a large number of critical environmental programs, including the Circuit Trails, a 750-mile trail network spider-webbing the region. Trails here in Philadelphia can get you to the Poconos and Delaware. The 23-mile Schuylkill River Trail, in some ways the backbone of the Circuit, connects Center City to Valley Forge. It’s also still growing, as the new Bartram’s Mile connects Bartram’s Garden to the River Trail via the Schuylkill Banks section in Center City.

The William Penn Foundation also funds the Alliance of Watershed Education, an association of 23 nature centers with a presence along the Circuit. As a member, the Schuylkill Center is committed to working with the Foundation to educate recreationists using the trail about the environment, particularly the river the trail follows.

If you walk the Schuylkill River Trail, we invite you to take a detour uphill into the Schuylkill Center. We look forward to seeing you in our forest! 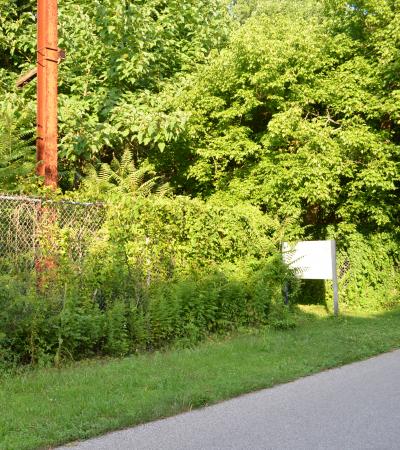 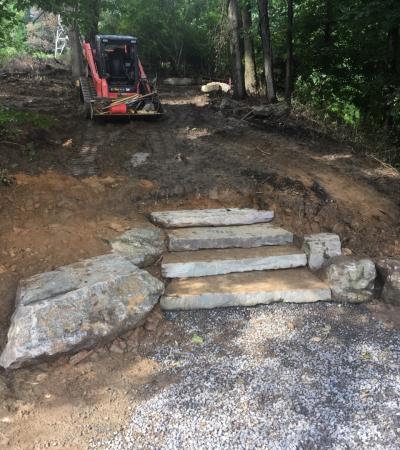 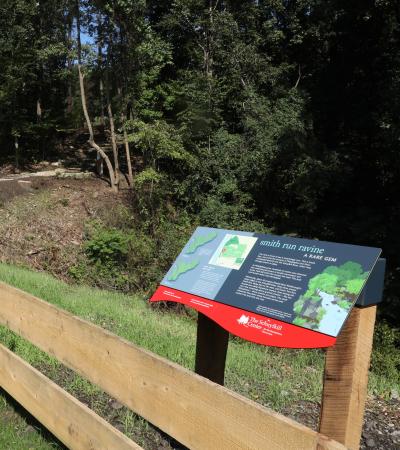