You're Planting Carrots Next Spring, Orange You? 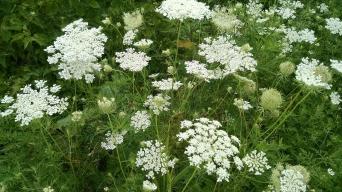 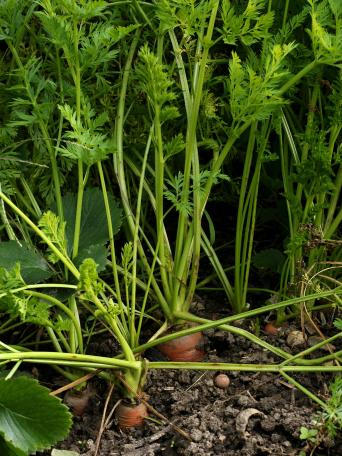 Since carrot flowers are identical to Queen Anne's lace, you'll have to look down to be sure which you have.

In many cases, a wild plant is introduced into a new environment where it continues to grow wild. One example is the wild carrot, which grows throughout the United States, but it is not a native. You may know it as Queen Anne’s lace. The species from which our modern hybrid orange carrot was developed, it has a small, white, carrot-like root.

The word carrot (Daucus carota var. sativus) is from the French “carotte,” “carota” in Latin. Carrots have been cultivated since prehistoric times and probably originated in Afghanistan. Some primitive forms were carried throughout Asia and ended up in the Mediterranean region.

The first interest in carrots as food probably developed from their medicinal value. The Greeks wrote about carrots as a stomach tonic in the 1st century AD. By the 13th century, carrots were being grown for food all over Europe and in China. In the 1600s, they were grown as a farm crop in England and Dutch plant breeders were developing stout, sweet roots. Europeans carried the carrot to America where it was grown by colonists as well as natives.

The deep orange color comes from carotene, the orange pigment high in vitamin A.

Carrots are easy to grow. The seeds are tiny and slow to germinate, but any garden soil will work if it’s fluffy, deep and loose to accommodate the length of the roots. The pH range should be 6.0-6.8. They don’t like really hot weather, so plant early in the spring every couple of weeks until late June and then again in late August for our zones 6 and 7. Full sun is best but partial shade will work, along with consistent moisture, especially in raised beds, which dry out faster. Apply fish fertilizer when the plants are about 6” tall and mulch well.

Younger carrots, 1/2 inch to 1 inch in diameter, are the most tender and nutritious. When harvesting, cut off the greens right away so they don’t draw moisture and nourishment from the roots.

If you miss harvesting all of your fall-sown seeds, check them in early spring. You may be surprised to find some ready to harvest!

Here are some widely available varieties to grow:

Adelaide. A true baby carrot with an early maturity at 3-4 inches long.