Why Do We Waste So Much Food? | Weavers Way Co-op
Skip to main content

Why Do We Waste So Much Food? 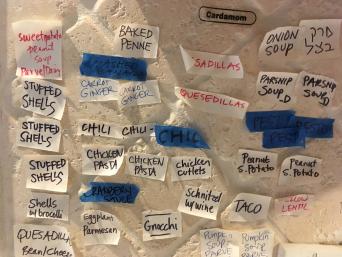 Everyone knows we waste way too much food, but solving this problem is now a major global concern. Champions 12.3, named for the United Nations’ Sustainable Development Goal No. 12.3 — to decrease food waste and loss by 50 percent by 2030 — is leading a worldwide campaign to measure and ultimately decrease food waste.

Having just completed a book on reducing postharvest losses in the developing world, I can recite the statistics in my sleep: 30 percent to 40 percent of the world’s harvest goes to waste. Hungry people don’t intentionally waste food, but in poor countries lacking secure storage and cooling, crops spoil. In rich locales like ours, we throw out all manner of edible food. Sometimes we do it ourselves, and sometimes grocers or restaurants do it for us.

It’s an economic problem: So much waste is a market failure. Preserving more of the harvest increases farmers’ incomes.

It’s an ethical crisis, since all that wasted food could feed so many hungry people.

I was excited to attend the Champions 12.3 meeting in New York City during the UN General Assembly in September. This working group includes corporate, agricultural and environmental experts collaborating to measure progress.

A representative from Costa Cruises reported that just by posting “taste don’t waste” signage and committing to donating any savings to hunger initiatives, they found their cruise guests wasted 50 percent less food.

Sam Kass, the Obamas’ White House chef, demonstrated scalloped potatoes. He explained his choice was based on the fact that potatoes and milk are the most frequently tossed foods in American kitchens.

Kass pointed out that people eat what they see. Potatoes, usually bought in bulk, sit far back on our counters until they sprout, and into the trash they go. We buy larger containers of milk than we can consume, it sours, and then we pour it down the drain. With some planning, this type of waste can be avoided.

Adhering to the principle that you eat what you see, I have worked out a simple system for labeling leftovers for the freezer. White framer’s tape makes great reusable labels and it’s is easy to write on with permanent markers. Since I tend to make the same foods — lots of labels say “red lentil soup” — I started sticking these labels up on my kitchen wall. I just grab a ready-to-go label when I am putting leftovers in the freezer. It probably only saves me a minute or two, but it significantly increases my ability to find things later!

Remember, we eat what we see. Unmarked frozen food is not going to find its way to the dinner table. A small solution, perhaps, but each way we decrease food waste and loss makes a difference, and they all add up.

Weavers Way Working Member Betsy Teutsch is the author of the upcoming “100 Under $100: Tools for Reducing Postharvest Losses.”