by
Susan Ciccantelli, for the Shuttle 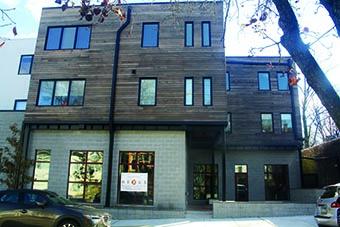 Our Mt. Airy location acquired a bunch of new neighbors this past fall: the residents of 22 condominium units in 520 Carpenter Lane. Included with them was a substantial quantity of sub-surface parking and — perhaps the most intriguing feature — Mt. Airy Nexus, a co-working and community space that is being made available to a wide assortment of both local and international organizations.

Co-working — also spelled “coworking” by those who claim it as their own invention — emerged some time in the ‘90s, the same era in which telecommuting was becoming more acceptable by many companies, large and small. As technology made it possible to track the actions and productivity of employees, the “where” and “when” of workplace and hours became less important, and hi-tech companies around the world latched onto the concept of allowing employees to work remotely. Eventually, the commercial real estate industry did, too; by the early 2000s, aspiring entrepreneurs such as Miguel McKelvey, Tara Hunt and Brad Neuberg were turning co-working into a viable reality. McKelvey’s WeWork now has hundreds of locations in more than 20 countries across the globe

Mt. Airy Nexus was designed with some real architectural savvy, including natural light pouring in from strategically arranged levels brightening what would otherwise be a dark basement space. The polished concrete floors are smooth and gleaming. All of the furniture, accessories, lighting and knick-knacks are either reused or recycled from items such as plastic bottles and pig farm troughs, always with the goal of removing the manufacturing cycle.

When I visited for the first time, one of the many whiteboard walls featured a poll of “Favorite Green Ideas” to be found in the space. It looked something like this (rank based on votes):

Co-op members are encouraged to inquire about using Mt. Airy Nexus for causes and activities. Recently, a group used the space to make blankets for hurricane victims. Additionally, the Co-op now holds orientation meetings for new members in the space, and many other activities are posted on a regular basis, including an all-ages game night on the last Friday of every month, with refreshments and childcare provided for free.

The point person for inquiries regarding everything Nexus is Community Manager John Autin. A former public school science teacher, John gave me a tour of the space that had my head spinning with everything from the secret life of mushrooms to the multiple levels of green building LEED specification requirements. (Bancroft Green, the building’s developers, are shooting for the ultimate LEED certification, Platinum.) 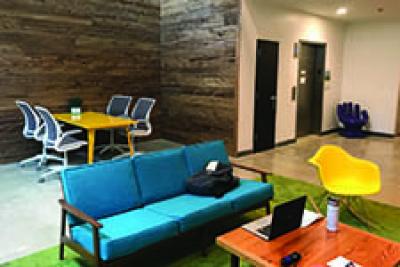 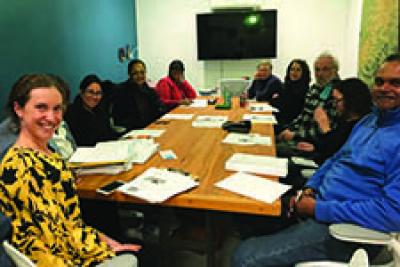 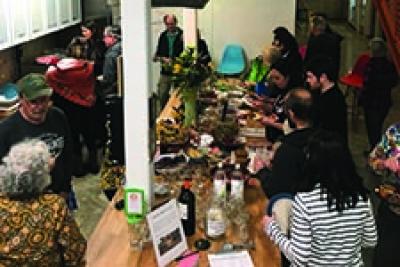