Higher Cost, Better for the Earth: The Case for Signing On to RNG | Weavers Way Co-op
Skip to main content

Higher Cost, Better for the Earth: The Case for Signing On to RNG 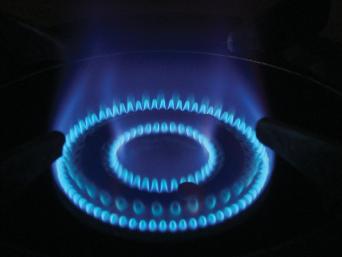 When the Energy Co-op promoted its new offering, renewable natural gas, in the Shuttle, it sounded like an oxymoron. Isn’t natural gas fossil fuel that’s pumped, or more recently, fracked from deep in the earth? It’s the product of organic matter decaying over eons; how could it be renewable?

RNG can also be produced by using the same recipe but shortening the cooking time from millions of years to a few weeks. Small farms use biodigesters to manage agricultural and animal waste. After several weeks of letting this biostock decompose in a covered chamber, its byproduct is methane. It is piped to the kitchen, literally letting the farmer cook with gas. Industrial-sized digesters are deployed on livestock/dairy farms, to manage the waste and produce biogas.

The same process occurs in landfills, gargantuan subterranean waste management collection sites. While they exist to bury our garbage, landfills also emit methane generated by all the decaying organic matter we trash rather than compost. RNG is this harvested methane. Until recently there was no demand for it, because it was expensive to collect. Landfill methane is typically burned, wasting its energy, or leaks into the atmosphere.

Methane emissions, which were deregulated earlier this summer by the Trump administration, are about 80 times more toxic than carbon dioxide. Hence, harvesting methane rather than burning it or letting it leak is a high impact anti-pollution method.

The Energy Co-op has over 500 households now purchasing RNG. It is not an easy sell, as it costs more than fracked natural gas. Think of it as boutique natural gas. The infrastructure for harvesting, refining, and distributing it is in its infancy.

Why do these households elect to pay more for this product? People with a surplus often pay more for enhanced quality, such as fine wine or artisanal cheese. But RNG provides exactly the same experience as conventional fracked gas, heating your hot water and maybe your stove burners. Improved performance is not the draw.

Affluent folks will also pay for aesthetics like gardening or art. But RNG is invisible, so that’s not it, either.

Why spring for RNG, then? In the same way that folks care about ethical sourcing and commit to buying organic and fair trade, RNG appeals to their desire to improve the world.

Environmental activists who oppose fracking clearly think it’s worth the 50-65¢ a day — the same cost as one latte a week — to support a renewable alternative and help build the RNG infrastructure.

People tuned into market forces value the opportunity to be early adopters. Helping create demand and awareness for harvested landfill methane will ultimately lower its price as more suppliers and better technology comes to the market. Voting with your pocketbook helps establish proof of concept and has impact comparable to donating money to environmental causes.

There are eco-green status symbols, for sure. The Energy Co-op should distribute signs to its customers, helping them tell their neighbors about this new option and becoming ambassadors for RNG.

The Energy Co-op, now independent but founded by Weavers Way members over 40 years ago, invites interested customers to a monthly FAQ to learn more about switching to RNG. Find out more by contacting them at www.theenergy.coop.