In Defense of Bugs 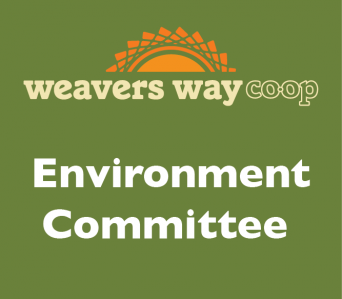 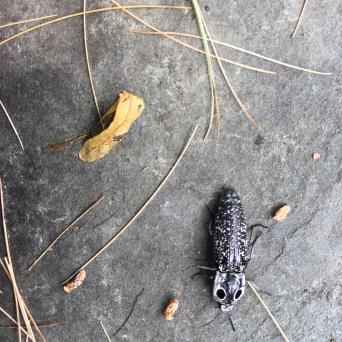 This is an Eyed Click Beetle, about 2 inches long, that the author found foraging in Chestnut Hill.

Bugs pollinate our food, our fruits and our vegetables. While bees get most of the attention, other insects also pollinate plants. Some orchids are pollinated by only one species of insect. Dates are the only food not pollinated by insects; they have been cultivated so long, they now depend upon humans.

Unfortunately, insecticides are widespread. The public believes what profit-hungry corporations tell them — that we have to kill bugs. The chemicals used cause nerve damage, which also puts humans at risk, a fact often overlooked. We kill bugs indiscriminately; yet of the 5 to 30 million insect species, most are beneficial to the environment. The small percentage that cause disease gets most of our attention.

Insects are fascinating creatures. Ninety-five percent fly sometimes during their life cycle. Most are beetles. Don’t say “ugh,” for some beetles, like the ground beetle, eat garden pests. The Pennsylvania leatherwing beetle eats aphids. These are bugs we want in our gardens.

We sometimes think we are special when we recycle. Except when we compost, we are simply sorting our stuff, much of which may still end up in the landfill. Insects, on the other hand, break down plant and animal matter, so that bacteria can finish the job and create precious soil. Without insects to break down matter, we would be inundated with waste.

In fact, the lowly insect may be more important for the Earth than we humans. We don’t understand insects, so we make assumptions about them. If we take the time to study them, we can appreciate their complexity. The bee’s “waggle dance” is a good example.

A bee dances on a vertical surface inside the hive to communicate where a good source of nectar is and how far away it is. The dance aligns with the sun. Dancing straight up signifies the nectar is in the direction of the sun. Right or left dancing signifies the source is to the right or left of the sun, with the degrees of the angle signifying how far to the right or left. The dance takes the shape of a coffee bean. If the bee takes one second to trace the pattern of the bean, then the nectar is a kilometer away. The longer it takes to make the pattern, the farther away the nectar is. If it’s a really good food source, the bee will repeat the dance over and over.

Cicadas communicate through sound. After spending 17 years underground, they come out of the ground and begin calling for a mate. They are able to make their sounds via organs in their abdomens and receive sounds in organs located in their legs and thorax. Our hearing only detects sounds from 20 to 20,000 Hz, so we miss most of the cicadas’ calls, which can be above 80,000 Hz.

How much else do we miss about insects and other animals because we are not capable of hearing, seeing or understanding?

Not only can some insects hear better than humans, their capacity for scent far surpasses ours. Some female moths give off pheromones that can be detected by the male from many kilometers. The emperor moth female can attract males from 16 kilometers away.

We know little about insects’ intelligence, but a few studies suggest that insects are smarter than we thought. For example, we now know that bees can count and understand zero. Unlike humans, some insects have sub-brains that can operate separately from different parts of their bodies — insect antennae have their own brains as do the mouth, eyes and legs.

My hope is that the reader will not kill any insect they see, believing they are all bad. They are on the Earth for good reasons. Nature depends upon healthy balances, such as putting back into the soil what we have removed. Some insects are predators, so insect populations of one kind keep others in check. One reason imported plants and animals, including insects, become invasive is that they do not have natural enemies as they would in their primary location. Japanese beetles get out of control in North America because they have so few natural predators. The blue-winged wasp does feed on Japanese beetle larvae, which is helpful, and another good reason not to kill wasps who are not a threat to us.

OK, you might respond, what about mosquitoes and ticks, which pose real disease threats to humans? Go for it. I would not stand between you and a mosquito. Just make sure what you are about to kill is not a beneficial insect like a hover fly or a lacewing, both of which kill nasty aphids, and might be mistaken for a mosquito.