The Sawdust Is Flying at Kensington Co-op

by
Laura Young, for the Shuttle 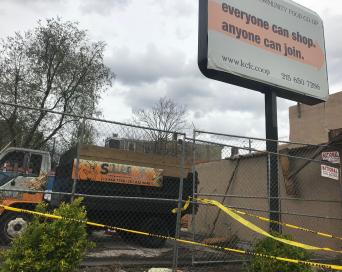 When you walk into Kensington Community Food Co-op these days, all you might see are boarded-up windows and dusty concrete floors surrounded by a chain-link fence. But it’s a beautiful sight to the dedicated group of community activists who first envisioned a food co-op in their neighborhood almost 10 years ago. Construction finally began on April 23, with the goal of opening the store by Thanksgiving, according to General Manager Mike Richards.

Located in a former bar at 2672 Coral Street, at the bustling intersection of Lehigh and Frankford avenues, the Kensington co-op will be a highly visible presence in the neighborhood, with about 2,800 square feet of retail space and a 500-square-foot café seating 30. The café will serve prepared foods (there is no kitchen on site), coffee and draft beer and wine. There will be additional seating in the garden adjacent to the café, plus a 16-car parking lot.

The café will double as a community resource. By providing the space for such events as educational programs and neighborhood meetings, it will help fulfill KCFC’s mission of serving the entire community. This is particularly important to Richards, who joined KCFC in early 2017 after a stint as operations manager at Creekside Food Co-op in Elkins Park.

The new store is expected to primarily serve Kensington, Fishtown, Port Richmond and Northern Liberties. These old industrial river-ward neighborhoods are experiencing an unprecedented upswing in renovation and new construction, as well as a rapid increase in property values.

Like many food co-ops, KCFC was long an organization without a store, having been founded by neighborhood activists in 2008. Co-op activities were limited to a bulk food and produce marketplace a day or two a month in rented quarters, fundraisers and membership drives. Finally, in 2014, KCFC announced the lease of the Coral Street property and commenced the monumental task of raising some $2 million needed for renovation.

It was only through the dedicated efforts of KCFC members that the goal was reached. “It shows how passionately residents feel about their community,” Richards said, adding with a smile, “I have the easy job.”

In addition to the membership equity of KCFC’s 850-plus members and a member loan program, the co-op received grants from the City of Philadelphia, the U.S. Commerce Department and private foundations. Loans were also provided by the Common Market, a mission-driven distributor of regional farm products that’s also a Weavers Way supplier, and Reinvestment Fund, an organization that works to revitalize neighborhoods through socially and environmentally responsible development. (Reinvestment Fund was also instrumental in helping Weavers Way to expand to Chestnut Hill and Ambler.)

The lease came with a landlord willing to hang on to the liquor license that goes with the address until the store opened, hence the ability to sell beer in the cafe.

To assist lower-income families that might have difficulty raising the $200 equity investment, KCFC received a $50,000 grant from the Penn Treaty Special Services District to fund a program that allows neighborhood families to become member-owners at a discounted rate.

General contractor Lyon Contracting Services has offices in the neighborhood, and focuses on hiring local subcontractors and area residents. Lyon is also dedicated to subcontractor diversity and has been instrumental in meeting the city’s aggressive minority- and women-owned businesses thresholds, Richards said.

KCFC is fortunate to exist in an area with a rich history of co-op ventures. Weavers Way has provided inspiration and guidance to the new co-op, particularly in graphic design, marketing, back-of-house financial operations and equipment purchasing, Said Peter Frank, longtime KCFC activist and one of the founders of the Philadelphia Area Cooperative Alliance: “We would not have been able to do this without them.”

Richards said the retail store will carry healthful, high-quality food, with community tastes and preferences influencing what is on the shelves. To make it work, the store must achieve sales of about $30,000 a week, or $1.5 million a year. Like most food co-ops, KCFC will have a hard time taking advantage of volume discounts. The closest supermarkets, an Acme and a Save-A-Lot, likely will have lower prices on certain products. But since KCFC is owned and operated by its members, their needs take preference rather than the interests of corporate investors whose eyes are strictly on the bottom line. 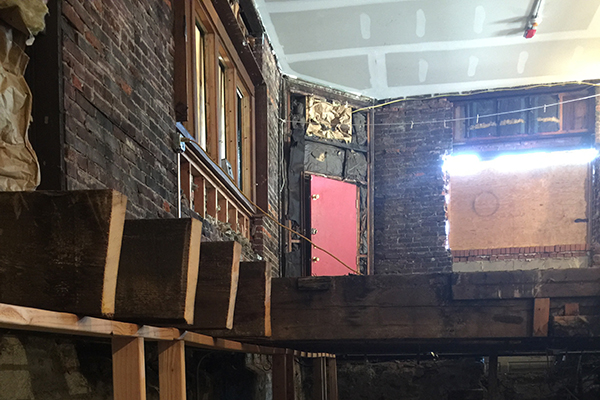 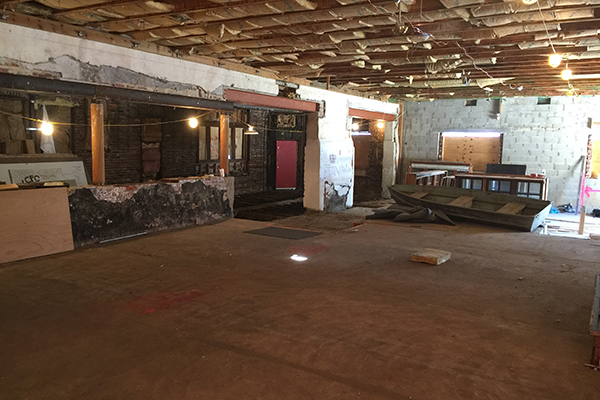 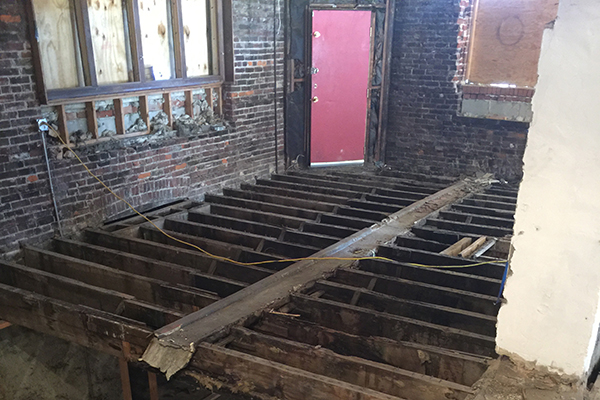 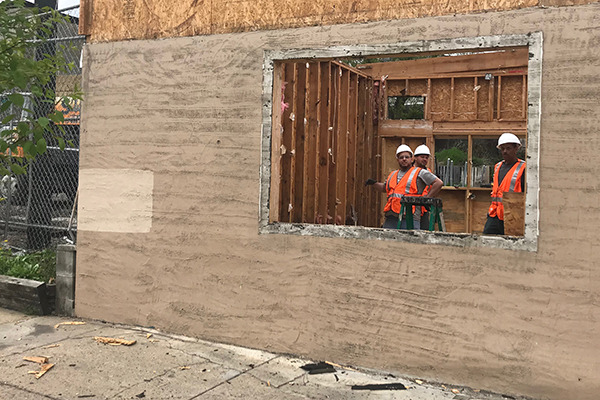 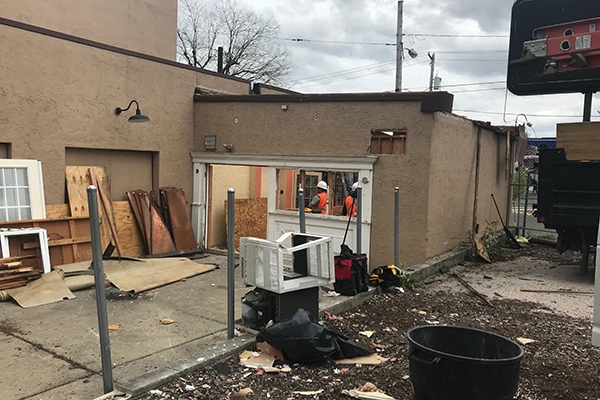 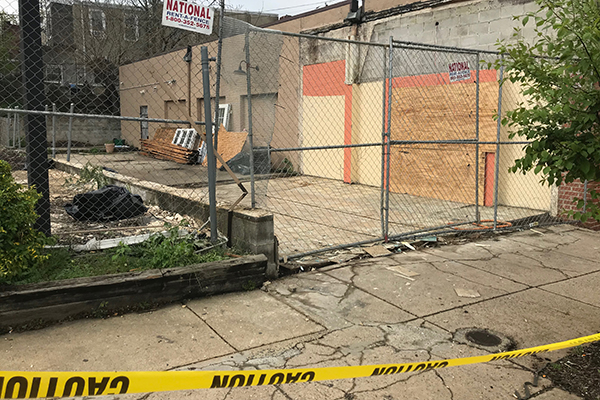 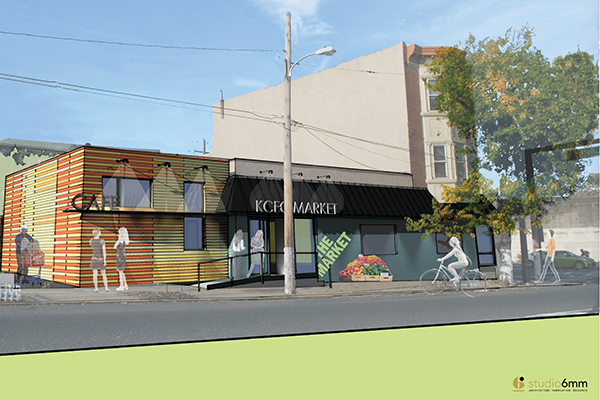 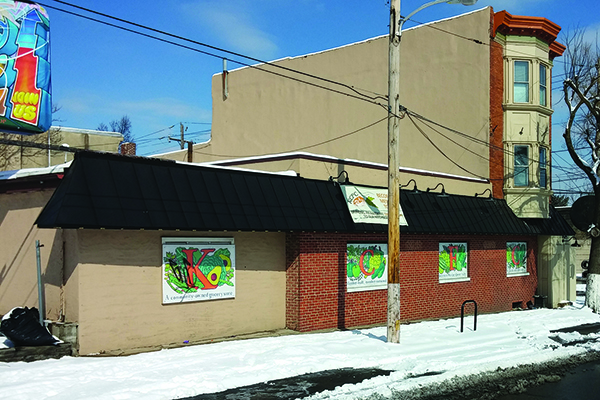