The Endangered Rule That Protects the Water Above and Below Ground 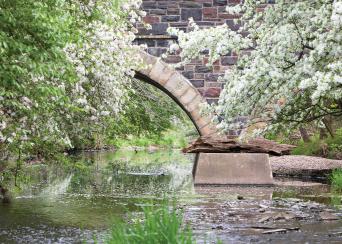 Friends have been calling me and asking what they can do to ensure that the water that comes from their tap is safe to drink. These questions were fueled by the discovery of local groundwater contamination with perfluorinated chemicals (PFCs) which are believed to have come from the use of fire retardant chemicals containing PFCs at the Willow Grove Naval Air Station. My answer? Get a reverse osmosis filtration system for your tap.

But the more complex and needed solution is to actually prevent pollution from entering our groundwater. Unfortunately, if the current administration is successful in rolling back the EPA’s 2015 Clean Water Rule, we will be taking a step backwards in terms of protecting every American’s right to clean water.

The EPA’s 2015 Clean Water Rule clarified the definition of waters protected under the Clean Water Act to include streams with intermittent (seasonal surface waters), ephemeral (surface waters only for brief periods after rain events), and headwater (low flow) streams and wetlands. Note: “surface water” is the water that we see above ground. Between 44 and 56% of stream miles in Montgomery and Philadelphia counties are intermittent, ephemeral, or headwaters. Thus, the Clean Water Rule has effectively doubled the number of stream miles protected in our region under the CWA. Furthermore, the argument can be made that with this rule, the CWA finally protects the waterways with the greatest impact on water quality – headwater streams and wetlands.

The Clean Water Rule recognizes that even when streams and wetlands are not connected by surface water, they are still likely connected by water underground, and therefore their water quality is interconnected as well. The vast majority of freshwater on this planet is underground, but since we can’t see it, we often operate as if it doesn’t exist or matter. But it does. For many of us, this is the water we drink.

Groundwater is connected to surface waters like ephemeral streams. Imagine a farmer who has a “wet ditch” (ephemeral stream) that shows up after storm events. With the Clean Water Rule, that stream may be protected by the CWA, which will likely result in the farmer needing to make changes to how the pasture is used. Some people might think that this is extreme — all that trouble and expense for a “wet ditch?” But when that stream dries up, the water doesn’t just vanish into thin air. Some of the water likely will evaporate, but much of it will be absorbed into the ground to become part of our groundwater and, perhaps, end its journey in somebody’s glass.

Like those PFCs sprayed at the Naval Air Station, pollutants have a way of hitching a ride with surface water on its hidden journey underground. While there is no single solution to protecting groundwater, I would argue that the Clean Water Rule was a step in the right direction. Not only does it help protect the water quality of the larger streams and rivers (by protecting the headwater streams & wetlands that feed them), but it also acknowledges and accounts for the relationship between surface water and groundwater. As I told my friends who were concerned about their tap water, out of sight, out of mind is just not good enough.