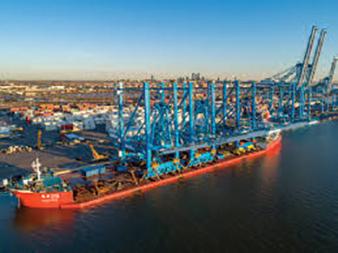 Democratic U.S. Representative Dwight Evans is among members of Congress seeking to address concerns about forced and child labor used to harvest cocoa in West Africa. Some reports have stated children are forced to work 100-hour weeks and are subjected to physical abuse.

Evans traveled to West Africa in August, where he said he “met with the First Lady of Côte d’Ivoire and other top officials to discuss trade, including cocoa issues.” In a written statement, Evans added, “While there is still room for improvement, I am encouraged by the progress Côte d’Ivoire has made in recent years to reduce child labor and get children into classrooms instead.”

The Ivory Coast is the leading producer of cocoa, supplying about a third of the world’s total. Major chocolate-producing companies, including Mars, Nestle, and Pennsylvania- based Hershey’s, get their cocoa from the Ivory Coast.

Evans said he will continue to advocate for further reductions in child labor, but he would not say whether he agrees with two U.S. Senators who recently called on the Department of Homeland Security “to ensure the U.S. is not complicit in indentured child labor in the cocoa sector.”

In a letter dated July 12, 2019, Democratic Sens. Sherrod Brown of Ohio and Ron Wyden of Oregon asked homeland security “to instruct Customs and Border Protection (CBP) to use its authority … to investigate and block cocoa imports made with forced labor from entering the U.S. market and, where appropriate, pursue criminal investigations related to the use of forced labor to produce goods being imported into the United States.”

Gearhart said a series of exposes in 2000 and 2001 brought to light the use of child labors in cocoa production, but since then, “the cocoa traders and chocolate manufacturers have taken their own sweet time experimenting with a hodge-podge of community investment projects, rather than making a binding commitment to put an end to the problem. It is time to disrupt business as usual.”

Rep. Evans’ district includes most of the Port of Philadelphia but ends just north of Pier 84, which describes itself as “the premier coca import facility in the USA.” Pier 84 is in the Fifth Congressional District represented by Democratic Rep. Mary Gay Scanlon. Scanlon did not respond to repeated calls and emails requesting a comment.