That’s a Wrap: Statistics and Answers About the 2020 Board Election | Weavers Way Co-op
Skip to main content

That’s a Wrap: Statistics and Answers About the 2020 Board Election 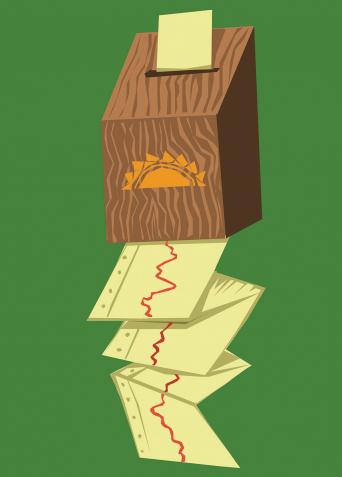 The 2020 Board election featured our largest voter turnout ever at Weavers Way. A total of 2,286 member households voted — 22.7% of our membership.

Most people voted online this year. That is a positive change, as it makes tallying the results fast and easy. Only 29 paper ballots were cast — 20 in the stores and nine by mail.

While the election was in process, members asked questions, which I responded to immediately. I think the questions were of general interest this year, so I am sharing them, along with my responses.

Question: How am I to make a rational decision about who to vote for? The candidates all look good. Why does the Board not recommend a slate?

Response: We hope that the rationale for voting for candidates is to use what you glean from their statements and videos. This year, the candidates answered questions about their involvement in the Co-op and about their demonstrated financial skills, which is critical to the Board’s work.

We have discussed having the Board vet a slate, but we think it would be divisive. Eleven of us would likely not agree on a slate to recommend. All candidates are Co-op members, and offer to volunteer their service. We think the Board should not publicly make a statement choosing some candidates and excluding others. We defer to the will of the members.

Question: I cannot vote for any of these nominees; not one of them has worked in the stores.

Response: If you do not choose to vote for any of the candidates you may register your vote as Abstain. That option on the ballot allows you to express your dissatisfaction while still registering a vote. Beyond that, I can say that no current or past employees offered to run this year; we can only put into nomination those who decide to run.

The point about whether it is necessary to have worked for Weavers Way to be an effective Board member is a subject for a longer conversation, with different points of view. We are a policy governance Board and therefore have less to do with operations and more to do with fiscal concerns and policy compliance.

Question: All the candidates look good. Why don’t you just put them all on the Board and skip the election?

Response: We operate according to our bylaws, which say that the Board should have between nine and 11 members. Appointing all five candidates to the Board would give us too many and would set a precedent for the future. Further, having an odd number on the Board is helpful in avoiding ties in a vote. Even if we had only four candidates for four positions, we would still have an election so that the members, at least 10% as required, would elect the Board.

Question: I do not know if my vote was counted and I do not want to vote twice.

Response: You may safely vote again; the system will not allow you to vote twice. After you vote, you will get a message saying that your vote was counted.

It has been my pleasure to chair the Leadership Committee for the past five years. Thank you to all the members of the Committee, who helped direct the election and prepared the candidates: Larry Daniels, David Woo, Hilary Baum, Sylvia Gentry, Susan Zipin and Joan Patton.