by
David Kinley III, for the Shuttle 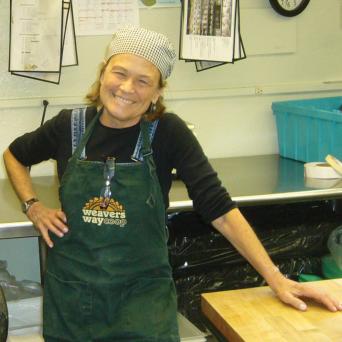 Dale L. Kinley, lifelong Philadelphia resident and Weavers Way stalwart, died suddenly of a heart attack on May 7, days before her 69th birthday.

Dale was the recipient of two successful kidney transplants, but her life was so much more than her one-in-10-million medical odds. She was a hard-working, bright star in her mixed-class neighborhood, and a strong devotee of the cooperative food movement that swept the United States in the later 20th century.

During her 39 years at the Co-op’s Mt. Airy store, Dale purchased, unpacked, inventoried, shelved, and sold a wide variety of staples. She managed several sections of the Co-op, including the meat and seafood department. During her career, she earned wide professional respect, forged dozens of strong friendships, and was deeply admired among the Co-op’s 10,000-plus members in greater Philly.

Dale suffered double kidney failure in the early 1980s. During her initial journey through the life/death trauma of kidney failure, a local filmmaker documented her struggle in a short film that aired on public TV. But even though she had to depend on weekly dialysis treatments for several years, Dale never allowed that to dampen her desire to live a full, exciting life. She visited Maine, Assateague Island, VA, California, and the Jersey Shore while lugging heavy plastic sacks of transfusions to keep her hopes alive.

As she approached her first kidney transplant in the mid-1980s — long before GoFundMe campaigns — Co-op members and staff raised over $10,000 to support medical expenses related to her operation and recovery. Dale suffered a second kidney failure in the 1990s, and two years later, after more years of dialysis, she received a second successful transplant at the Hospital of the University of Pennsylvania. She returned to work at Weavers Way as soon as doctors permitted.

Dale received her primary and secondary education at Springside School and Stevens School in Chestnut Hill. In these all-girls settings, she built a network of committed friends whom she vigorously cultivated throughout her life. She was a member of Roxborough Presbyterian Church, where she worshipped with her mother, Betty L. (Propert) Kinley.

Dale’s Father, David Kinley Jr., was an estate planning lawyer and Common Pleas Court judge in Philadelphia, and a decorated veteran of World War II. He served in the Army Air Force 1944 campaign against Nazi Germany.

From early childhood though her adult years, Dale — together with her life-partner and husband, Len Byron of Philadelphia — regularly vacationed in Ocean Grove, NJ. Special holidays were often shared with the Propert family near Atlantic shore towns. More summers were spent in Bass Harbor, ME, Eagles Mere, Stone Harbor, NJ, San Francisco, and the Hill House and Philadelphia Cricket Club swimming pools in Chestnut Hill.

Once she regained control over her wavering health after her a second transplant, Dale and Len couldn’t be slowed from adventuring throughout the Western World. Countries they visited included France, Italy, England, Ireland, Austria, the Czech Republic and Hungary.

Dale’s journeys fueled a rich, inner soul radiating kindness, empathy, caring, love and generosity. She was a huge fan of the Beatles and co-hosted many rock-and-roll-inspired parties at the Kinley home in the woods of “Murder Hollow.”

She became an avid reader and consumer of news, history, and cultural treasures of the wider world. She never ceased studying and learning from other’s experiences in art, drama, music and literature — no matter difficult her physical health and spiritual struggles became.

Dale’s modest but satisfying life always centered on work at Weavers Way. Even when COVID-19 descended on Philadelphia earlier this year, she was reticent to leave her post at the ordering desk in the Co-op’s basement.

After a five-week sick leave in March and April, she returned to work May 4-6 for a final two days at her beloved community store. Following her death, she was tested and found negative for COVID-19.

Dale is survived by Len, her brother David Kinley III, presently of Philadelphia, her mother-in-law, Kay Byron of Chestnut Hill, and cousins Steve and Jeff Propert and their extended families.

A graveside burial service for family is being planned for this summer at Laurel Hill Cemetery in Roslyn. A larger memorial service will be scheduled for close friends and admirers this summer.

In lieu of flowers, donations in Dale’s memory should be directed to her favorite charities, including The American Kidney Foundation, Philabundance, the Wounded Warrior Project, the Salvation Army of Philadelphia, Morris Arboretum, the Philadelphia Museum of Art, and Food Moxie.

Inquiries may be addressed to: 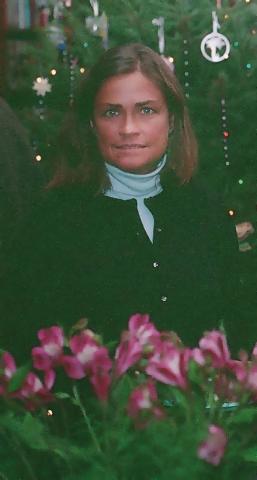 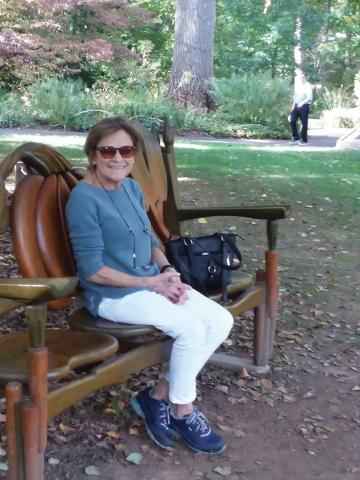 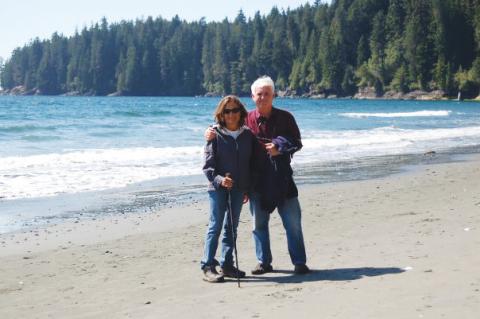 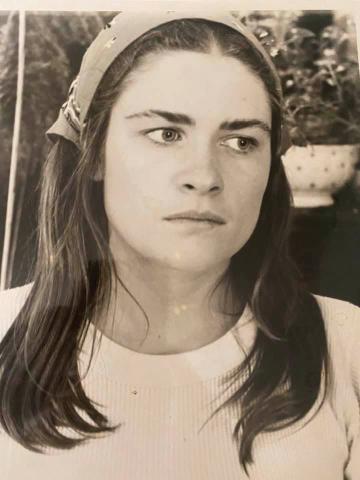 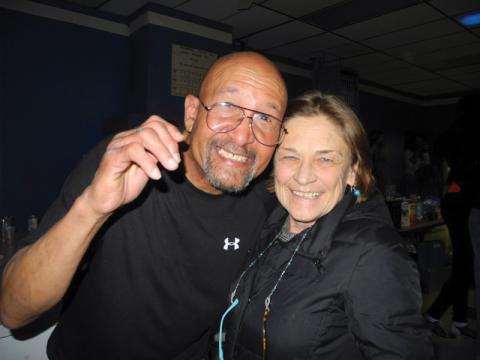 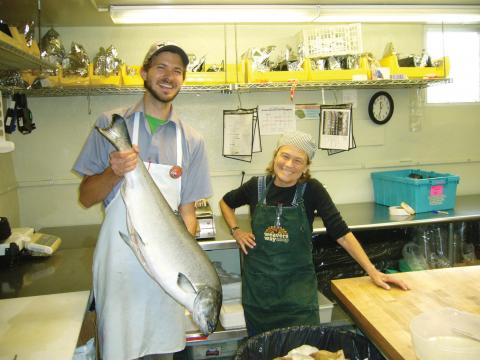 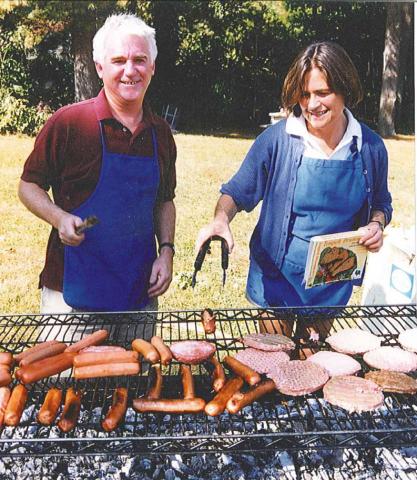 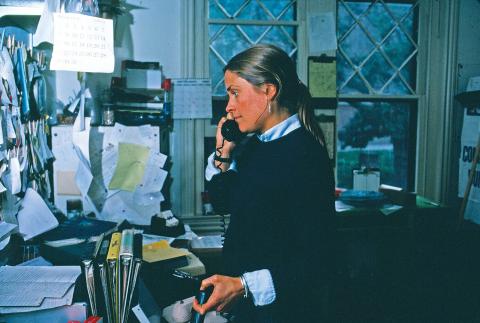 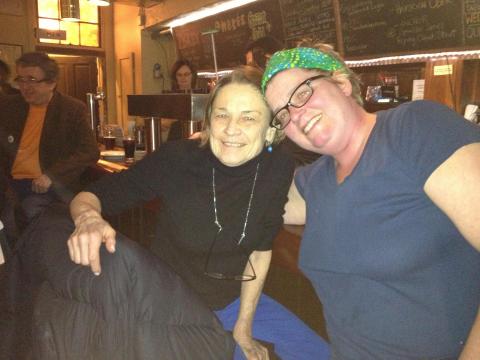 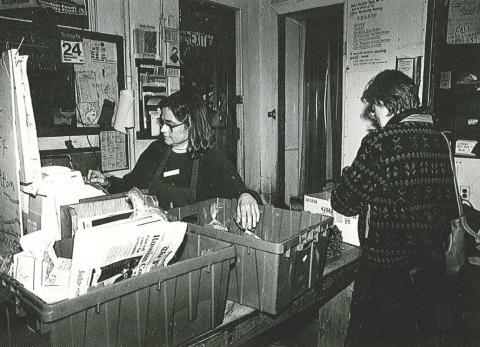 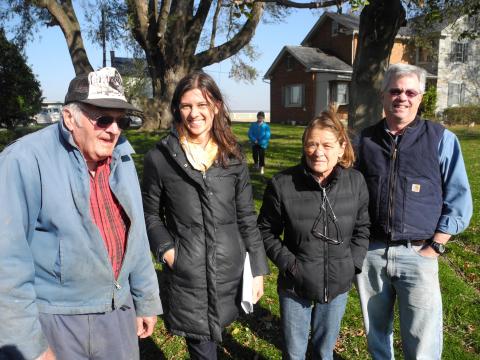 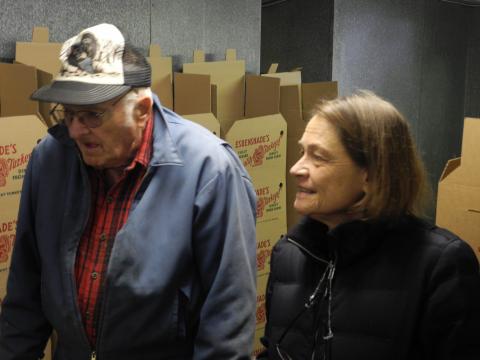 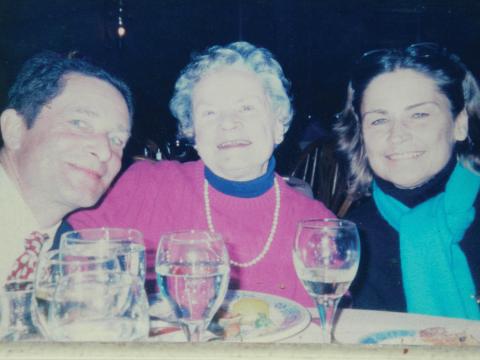 David and Dale with their mom, Betty. 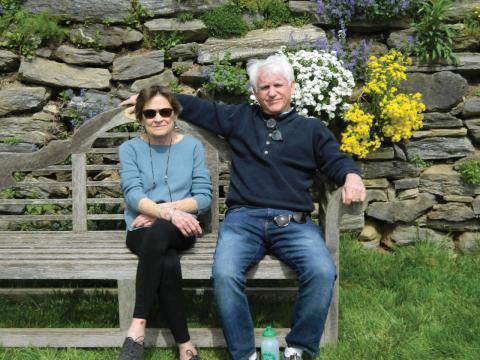