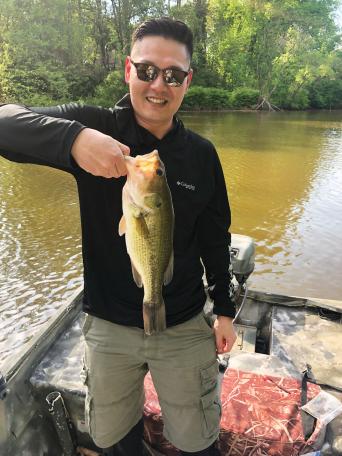 Where he’s from and lives now: Lower Merion, with his fiancée, Rachelle, and his nine-year-old son, Lucian.

A little background: He started in the grocery business at age eight, helping in the corner store owned by his parents, Tong and Mary, at the SEPTA Overbrook train station. As the only English speaker in the family, he often had to translate for his parents, helping set up accounts with vendors. He spent his time after school helping run the store until he graduated high school. He went to college online at Community College of Philadelphia and University of Phoenix with the intention of teaching English literature, but careers in that field were hard to come by at the time.

Careers outside of food retail: He played paintball professionally for almost 10 years and coached for a while after that. In the offseason, he supported himself with assorted jobs, including working in a deli, in the finance industry and in government.

Working in a deli (again): “I came back because it’s automatic for me; it’s something I can always fall back on. Very grateful to my parents for doing that for me.”

How working at the Co-op is different: “I put it to people who don’t know about the Co-op…mentality-wise, 25 percent [is] strictly business; the rest is about the community and staff.”

A lot of staff love: “I have teammates who are amazing…I’m working with my friends. I feel like I’m beholden to them…if my department doesn’t do well, then they don’t do well, so it’s a responsibility circle thing for me.”