Liberate Your Lawn & Garden: How the Earth’s Trees Ensure a Steady Supply of Oxygen All Year Long | Weavers Way Co-op

Liberate Your Lawn & Garden: How the Earth’s Trees Ensure a Steady Supply of Oxygen All Year Long 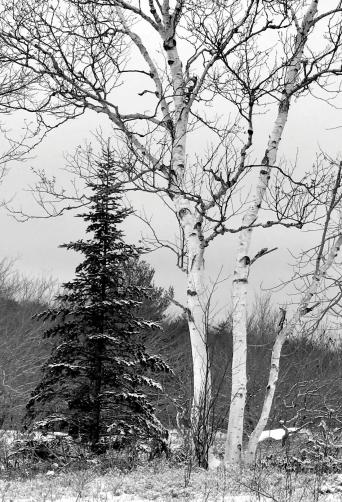 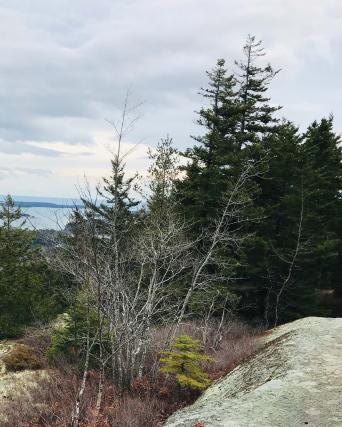 “I can’t breathe,” my husband said one day as we walked through the Wissahickon.

“It’s winter and its always harder for me to breathe in winter,” he said. “Without trees producing oxygen, is it possible there is less of it in winter?”

I looked around at the bare trees and slopes of the Wissahickon and realized I couldn’t answer his question with any authority. It made sense but seemed unrealistic — I was breathing fine!

As our trail wound beneath a stand of white pine (Pinus strobus) he asked, “Do evergreen trees produce oxygen in winter?” My instinct was that they did, but I had no idea how that would work. Photosynthesis as I knew it was the conversion of carbon dioxide, water and light to produce glucose and oxygen. If sap doesn’t flow, how does photosynthesis happen?

And there you have it — one walk, two questions and a whole new perspective on trees, about which I knew little. Here’s what I discovered:

First, green plants and trees (on land or in water) are photoautotrophs — living organisms that make their own food from sunlight and carbon dioxide in a process called photosynthesis, which is primarily responsible for producing the oxygen we breathe. Photosynthesis consumes carbon dioxide and uses it to convert sunlight into glucose (energy) within a plant’s leaves. For deciduous trees, this happens during warm weather months.

Photosynthesis is a complex scientific process that happens at the cellular level. According to biologists, it is a mutualistic symbiotic relationship between oxygen-producing plants and trees and oxygen-consuming organisms (us and animals), from which we all benefit.

So is there really less oxygen in the Northern Hemisphere during winter without leaves on the trees? According to multiple articles from National Geographic, Smithsonian and the website Sciencing, the answer is yes! When deciduous trees take a winter vacation, oxygen levels fall and carbon dioxide levels increase. However, the decreased amount of oxygen is negligible for a couple reasons.

First, the earth has plenty of oxygen year round, thanks to the number of trees worldwide. According to a comprehensive tree census conducted by Yale University in 2015, the world has approximately 3.1 trillion trees, or 422 trees per person. This was a huge discovery, since initial studies had estimated tree numbers at roughly 800 billion. However, it should be noted that this number is less than half of the total number of trees on the earth prior to human civilization, according to scientific estimates. It’s also a reason for concern, given the dramatic increase of carbon dioxide in the earth’s atmosphere over the last 50 years.

Second, by volume only roughly 21% of the air we breathe is oxygen. The number of trees, combined with the fact that oxygen is also produced in the ocean by microscopic algae-like creatures called phytoplankton, means that the amount of oxygen in our atmosphere is fairly stable no matter the time of year. Phew!

Do evergreens photosynthesize in winter? According to Sciencing, photosynthesis is an evergreen’s superpower, allowing conifers to grow in cold northern climates in drier soils. The thick evergreen needle is protected by a cuticle coating that prevents excessive water loss and allows trees to survive extreme cold, ice and limited light conditions.

The smaller surface area of a needle does slow photosynthesis; however, because these needles last for three to four years and can respire any time conditions suit, the metabolic cost of synthesis can be recovered over several growing seasons. According to a German study cited by Pennsyvania State University, energy production in short-needled Norway spruce (Picea abies) trees was 58% more productive than in beech (Fagus) trees (which have broad, flat leaves). While beeches photosynthesize for 176 days in a year, Norway spruce photosynthesize for 260 days!

So there you have it. Our oxygen levels are stable, and my husband’s breathing trouble has nothing to do with decreased photosynthesis but instead stems from being highly allergic to dust mites, a problme that requires a greater commitment to housekeeping on our part.

FUN FACT: It takes seven to eight mature trees to supply one human with a year’s worth of oxygen. For more information, check out “How Does Photosynthesis Work?” at Sciencing.com.

Sarah Endriss is landscape planning and design professional specializing in ecological garden and habitat design. She is principal of Asarum LandDesign Group; adjunct faculty at Jefferson University; and a restoration design consultant for WildLawn, an ecological native grass alternative to traditional lawns. She can be reached at Sarah@asarumlanddesign.com