MALT Founder Remembered For Desire to Educate the Community

by
Constance Garcia-Barrios, for the Shuttle 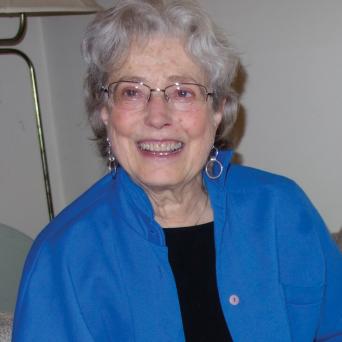 Barbara Bloom, community activist and long-time member of Weavers Way, died Dec. 7 of complications from pulmonary lung disease at her home in Chestnut Hill. She was 79.

Bloom’s passion for sharing knowledge led her to stretch beyond academia and tap the skills of her neighbors to launch Mt. Airy Learning Tree in 1981. She took the organization’s name from a novel by the late African American photographer Gordon Parks, who once gave a lecture at MALT.

In 1980, Bloom and a group of volunteers began teaching non-credit courses to fellow residents of Germantown, Mt. Airy and Chestnut Hill. Classes ranged from basic plumbing to belly dancing. On one occasion, Bloom co-taught a class on Wonder Woman with a 12-year-old girl “who knew more about the comic-book character than I did,” Bloom said. “Over 40 years, MALT has helped thousands of people grasp hundreds of topics.”

A shrewd diplomat, Bloom chose locations belonging to different ethnic, racial and cultural groups to host classes, an approach that ensured contact among people from a range of backgrounds. She also made sure that MALT’s board included a cross-section of her neighbors.

MALT offers classes for children, but Bloom also addressed the needs of young people, many of them of African heritage, through a tutoring program she established in the early 2000s. As part of the program, volunteer tutors work one on one to strengthen the reading skills of students at Mt. Airy’s Henry H. Houston public elementary school.

Bloom returned to Denver, her birthplace, twice a year for meetings of the Sam S. Bloom Foundation, which makes grants to organizations that provide transitional housing and other services in Colorado.

She came east to attend Wellesley College, a private women’s liberal arts college in Wellesley, MA. She graduated with a bachelor’s degree in English in 1963, then earned master’s degrees in American civilization and adult education from the University of Pennsylvania and Temple University, respectively. She went on to direct Temple’s regional continuing education program for women and later served as an associate professor of English at Community College of Philadelphia.

A woman of both conscience and courage, Bloom wrote of dysfunction in her family of origin in “Ephemeral Blooms: A Memoir with Roots in Colorado,” published by Amazon in 2018. The memoir considers why she lived to become the last member of her immediate family after her parents died of natural causes and her brothers, Marshall and Alan, her only siblings, committed suicide years apart.

Last August, the Historic Germantown partnership inducted Bloom into its Hall of Fame for her contributions to community life.

She is survived by her husband, Robert Rossman, and in Rossman’s words, “also by the Mt. Airy Learning Tree. Barbara had no children, but MALT was her child.”

A memorial service will take place in May of this year, when Bloom would have turned 80.