The Farming Life for Him — and You? | Weavers Way Co-op
Skip to main content

The Farming Life for Him — and You?

by
Candy Hasan, for the Shuttle 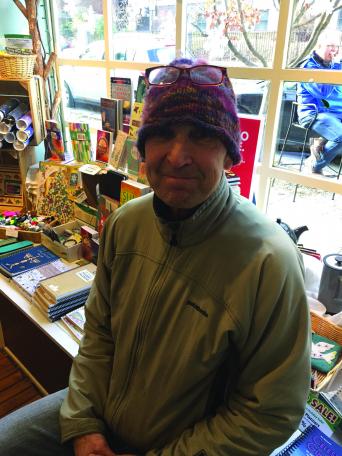 John Lockwood caught the farming bug while living in Germantown.

John Lockwood was born in Indiana; at age 18 he left and traveled the world, until he met his wife, Teresa, and settled in Germantown in 2010. But although John grew up on a farm, it wasn’t until he moved here that his interest in gardening began.

John did a considerable amount of work and organizing for Mastery Pickett Community Garden, maintained by a group of neighbors at the high school at Wayne Avenue and Rittenhouse Street. In the process, he became so passionate about real food that he decided to take it to the next level: He bought a farm of his own.

In his travels, John had developed a fondness for Nicaragua, and that is where he decided to buy his farm 14 months ago. His farm is completely self-sustainable — he uses solar and human power for energy and well and rain water for his home and for farming. His primary crop at the moment is coffee beans, but he plans to expand to other crops in the coming years.

I met John through a mutual friend at the Co-op, Doug Zork. John still maintains his home here in Philadelphia, though he commits seven months out of the year to the farm. His daughter Maggie, who is 6 years old, spends her summers with him in Nicaragua.

It was a pleasure for me to see someone so excited about what he does. As John explained how he pedals a bike to get water to the top of the well, his eyes lit up, and when he spoke of other things that he would like to grow, it was like watching a kid in a candy store.

That being said, John, who is a member of the Co-op, has extended an invitation to any member who would like to come down to visit him. He needs all the help he can get! In return, you get free room and board. He's is currently looking for a caretaker to look after the farm for about six weeks in April/May. Feel free to email him at pedalperu2@hotmail.com.

Although John is proud of his accomplishments, he humbly considers himself just an ambitious gardener. I think John is an inspiration, not because he is reinventing the wheel — farming is certainly not new, folks — but for people who would like to know what it is like to go out on your own and live completely off the land, he is providing the perfect opportunity.

Candy Hasan works in the Finance Department at Weavers Way. Reach her at candy@weaversway.coop