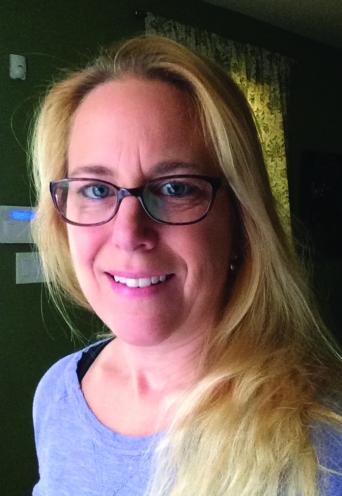 What she does: She’s responsible for coordinating all the aspects of opening Weavers Way Ambler, including coming up with a design for the store, hiring architects and the general contractor and choosing equipment and decor. She’ll also have a role in hiring the store manager and in staffing.

Since when: April 2016. She was previously grocery manager in Mt. Airy from 2013 to 2015; before that, she worked for Whole Foods for 16 years, starting out in bakery and ending up as manager of the store in Wynnewood, Montgomery County.

Lives in: Moorestown, NJ, with her daughter, Fiona, 16. She also has an older daughter, Violet, 27, and a son, Otis, 25, who both live in Philadelphia.

What she likes about the job: "It’s incredibly creative and interesting. I’ve been involved in the grocery business before, but looking at the 12 different kinds of refrigerators there are, and deciding which one’s the best one, and kind of bringing all that stuff together . . . I love drawing up the store and saying, ‘OK, this is where the grocery aisle should go, this is where the kitchen should be.’ That’s all just a lot of fun.”

Work challenges: “So far, it’s been basically hurry up and wait. We’re ready to go on things, but lease negotiations have taken a real long time. Or waiting for people to get back to you on quotes for equipment. . . . I thought perhaps we would be very far along in this. Originally we were going to open in the spring, right? It’s just a waiting game, and I'm wanting it to be done.”

When she’s not working: She likes to spend time with Fiona, and go on hikes with her German shepherd, Bella.

A little Co-op love: “When I first worked for the Co-op, it was sort of a struggle for me to get away from the corporate [mindset], because Weavers Way is so much more collaborative. But I realized that’s sort of what makes it so interesting and cool and funky. There are so many different people and so many different opinions and it’s this great part of the community.”