by
Jon McGoran, for the Shuttle 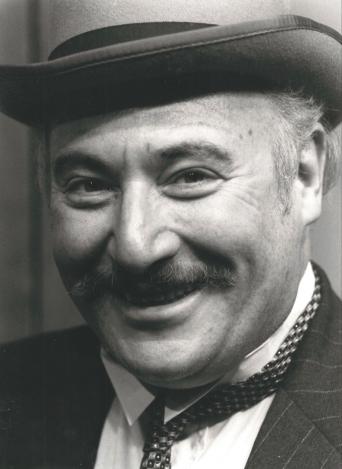 I started working at Weavers Way in my teens, and I first knew Al and Barbara Erlick as shoppers. They were among my favorites. But it wasn’t until some time later, when I became editor of the Shuttle and Al was one of my proofreaders, that I got to know him better and began to appreciate what an extraordinary person he was.

Most months, I would bring the galleys to his house, and then come and pick them up the next day. And most months, at drop-off and pick-up, we would chat: family, the Co-op, news of the world, trends in publishing.

Al was warm, friendly and unassuming, with a keen intellect that was instantly apparent, but that continued to reveal itself in new ways, and that somehow never seemed to diminish anyone else.

During those years, I slowly got to know much more about Al: his history in publishing and the Jewish community (he was editor of the Jewish Exponent for 24 years) and acting and teaching (he taught journalism at Temple, which was his alma mater), and his love of baseball (which was often on in the background). We were friends for over 20 years, and in that time, the surprising, impressive revelations never ceased.

Al became a trusted advisor as well as a friend, and as Weavers Way grew, and the Shuttle grew with it, Al’s experience and wisdom helped guide decisions about what that growth should look like.

Ten years ago, as Weavers Way was poised to expand into Chestnut Hill, two of our community newspapers, the Germantown Courier and the Mt. Airy Times Express, suddenly closed, leaving a void in news and information about our community, and leaving the Co-op — at a time when we needed it most — without two of the outlets that had consistently carried our news and advertising.

When I had the idea of expanding the Shuttle to help fill that void, with increased community coverage and circulation, Al was one of the first people I turned to for advice. He helped put together an ad hoc committee of community stakeholders to discuss the idea. His insights were remarkably sharp, but even though he knew more about what we were discussing than anyone else in the room, he was never overbearing. And his ego—if there was such a thing—never revealed itself. That kind of gentle, quiet confidence was typical of Al.

Novelist Jon McGoran is the former editor of the Shuttle.