Slice It, Dice It, Serve It: Make the Most of Miso | Weavers Way Co-op

Slice It, Dice It, Serve It: Make the Most of Miso 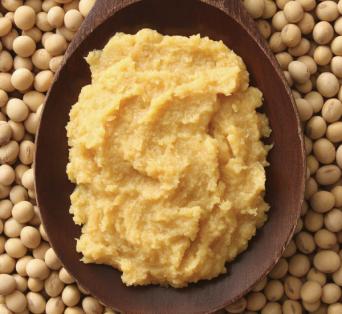 Dressings: Miso can do wonders for a creamy dressing or a more acidic vinaigrette. It can sometimes be hard to mix with oil, so either loosen it up with rice vinegar or bring out the blender. It’s a great substitute for anchovies in a vegan Caesar dressing. Remember to season to taste after adding miso; it can be quite salty on its own.

Sauces: Bump up your stir-fry game by mixing miso into whatever sauce you use to finish off your entree. It would also make a great add-in to a vegan gravy. Even pesto and other herby sauces wouldn’t mind its earthy kick.

Marinades: Mix into liquid marinades for any protein of your choice, whether animal or plant-based; miso will bump up the flavor. Blend with butter before applying to a piece of fish or chicken.

Spreads and schmears: Amp up your sandwich game by mixing miso into mayo, butter, cream cheese, or tahini. Spread on fresh-cooked corn, steamed veggies or the ol’ leftover turkey sandwich.

Soup: Don’t limit yourself to the traditional application of dashi stock and miso. Toward the end of cooking, stir it into a stew or broth-y soup for a bit more nuance.

If you’re just starting out, go with a white or yellow miso. Be mindful that a little goes a long way, especially for anyone watching their salt intake.