Starting Oct. 15, the Information Technology Department at Weavers Way will be installing a new POS system. That stands for Point of Sale (and yes, we’ve heard the jokes about what else it might stand for), which is the software that runs our cash registers. We will be rolling out the new system in Mt. Airy and Chestnut Hill, as well as the Farm Market. (It’s been in place at the Ambler store since it opened last year.) Work is expected to be complete by the end of the month.

Weavers Way switched from electronic stand-alone cash registers to a computerized point-of-sale system in 2005. At that time, we were a one-store, members-only co-op where every member worked. Weavers Way Purchasing Manager Norman Weiss originally selected our current system, Counterpoint, because it was configurable and flexible and made it easy to move data in and out of the system, all-important for a somewhat non-traditional retailer like us. Counterpoint has served us well over the years and we’ll continue to use it for a number of functions, but it’s designed as a general retail system, not a specialized grocery system. (In particular, the part that runs the cash registers doesn’t perform as well as it needs to for our growing business.) We — and you — have seen Counterpoint slowing down and even crashing at busy times. Some of this is because of the software, and some can be attributed to aging hardware — most of which we’ll be replacing as part of this project.

The new system was selected in early 2017 by a team that included staff members from both stores, plus the Purchasing, Finance and IT departments. It is called LOC SMS. LOC is the name of the Quebec-based software company, and SMS stands for “Store Management Suite.” The charming French-Canadian software developers don’t work with us directly; we are buying the new system from STCR, a dealer based in Endwell, NY. STCR, which has been selling cash registers since 1966 and has focused on SMS as its primary product since 2010, will have staff here during the installations to help the transition run smoothly.

In addition to running faster and not crashing, we’re excited to switch to SMS for a few other reasons. First, many cooperative grocery stores already use it, including Creekside, Mariposa and Swarthmore locally. Our experience with SMS at Weavers Way Ambler has shown us how using software that’s also at other co-ops allows us to work more collaboratively with them and helps the overall cooperative sector benefit from each store’s experience.

Second, this change will provide customers with the long-awaited ability to use chip cards at our registers. Customers will also be able to begin the payment process before the cashier has completed checkout, as they can at many other grocery stores.

Finally, processing credit cards through Counterpoint required us to pay hefty fees on top of the normal merchant fees all retailers are charged for accepting these methods of payment. While the merchant fees aren’t going anywhere, moving away from Counterpoint does save us a substantial amount of money — the savings from eliminating that expense is actually how we are paying for the new system.

We hope there will be no negative impact on customers during the switchover, but anybody who has ever done a major IT project would never dare promise that. So we thank our you, our members and shopper, in advance for your patience. We do have some confidence that this will be a smooth change based on our experience of using this software in Ambler for the past year. 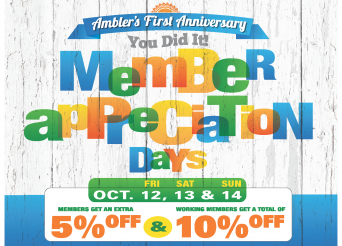 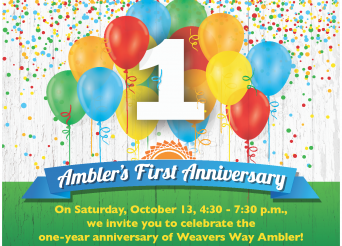