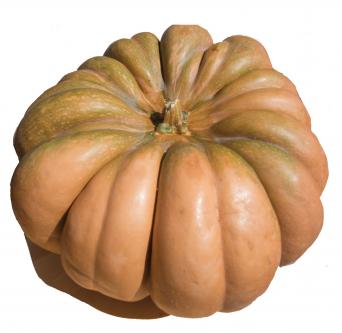 Walk down any street, and with Halloween just a few weeks away, you’re likely to see pumpkins on steps and piled next to front doors. Sadly, of the 1.4 billion pounds of these colorful emblems of Fall grown in the United States every year, most end up being tossed out after Halloween. It doesn’t have to be this way. Whether your home is decorated with an uncarved pumpkin or a jack-o-lantern, there are ways to use it after the trick-or-treaters have come and gone.

Halloween pumpkins are nutritious and perfectly edible if they haven’t been carved (and haven’t been left outside so long they get hit by frost and start to rot). While the Halloween “face” pumpkin is not the chef’s choice — they’re pretty watery when cooked down — they, like pumpkins of almost any variety, have flesh high in fiber and beta-carotene. Many of the other pumpkins available now, such as “cheese” pumpkins and “cinderellas,” so called because they resemble a certain carriage, make great decorations and are better for steaming, baking and pureeing.

And don’t trash those seeds! A great source of protein and unsaturated fats, including omega-3, pumpkin seeds also contain iron, selenium, calcium, B vitamins and beta-carotene. So roast them, and enjoy a highly nutritious snack.