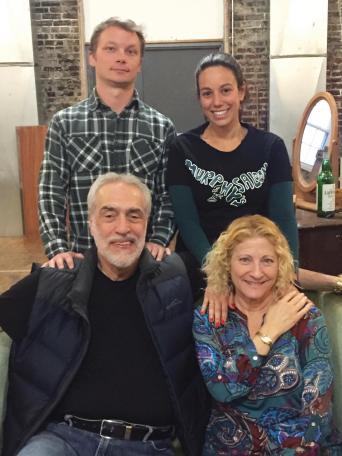 Simon’s classic romantic comedy premiered on Broadway in 1963, starring Robert Redford and Elizabeth Ashley. The story revolves around young newlyweds (free-spirited Corie and sensible Paul), whose passion is tested by the problems of New York City living, an over-involved mother-in-law and an eccentric upstairs neighbor.

The show is directed by Jane Jennings and produced by Elliot Rotman and Steve Peitzman. The cast includes Bonnie Kapenstein as Mother, Marisa Block as Corie, Nolan Maher as Paul, Sam Gugino as Velasco, Michael Jeffrey Cohen as Telephone Man, and Jerry Jennings as Delivery Man.

Tickets are $20 per adult and $10 for students with valid ID; they can be purchased at www.oldacademyplayers.org. Discounts are also available for groups of 15 or more.