A Snapshot of the COVID Response From Southwestern India

by
Phyllis Robinson, for the Shuttle 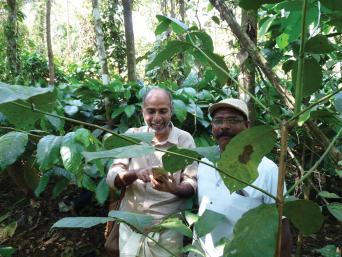 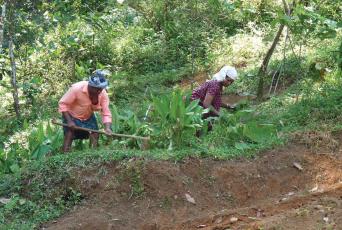 As in Philadelphia and throughout the world, India has been locked down since the end of March due to the COVID-19 pandemic. Indian Prime Minister Narendra Modi first extended the lockdown to the middle of April, and then again to May 3. Kerala, on the country’s tropical Malabar Coast, was one of India’s hot spots; the first case in the country was detected there in late January. Since then, it has been one of the country’s heaviest-tested areas.

“In February, we had the second spread, with people coming from Italy,” said Tomy Mathew, of Elements and Fair Trade Alliance in Kerala. “Robust tracing is in place, but it still has its limitations. The numbers are high, but at least due to tracing, there is no community spread. We now have 200 infected and two deaths [Editor’s Note: As of April 13]. But it is contained.”

Mathew believes Kerala’s experience with having to deal with the Nipah virus a few years ago helped them with handling the coronavirus outbreak.

“Kerala was the first to declare a lockdown; we did it two days before the rest of the country,” he said. “The central government announced the nationwide lockdown with only four hours notice: They announced at 8 p.m. that it was effective at midnight!”

“It was the first time we had a total lockdown, and that is why you have these horrifying scenes of people walking hundreds of kilometers, some thousands of kilometers, trying to reach their homes,” he continued. “That did not happen in Kerala. There is community spread and it is a big concern, but we are probably still doing the best in the country to observe the lockdown.”

Milk is one of the biggest sources of income for Kerala’s dairy farmers. But with the lockdown, the possibility of them selling it has ended entirely.

“The restaurants, hotels and shops are closed, so milk consumption has stopped, and now we have excess milk,” Mathew said. “One large cooperative in Kerala was doing the central buying, but they have also stopped.”

Cashew collection is also having a huge setback.

“We hope that when social distancing is lifted, we will be able to recover,” Mathew said. “We are not allowed to collect the cashews because of the lockdown, and prices have crashed. Cashews are not considered essential, so the demand for them is much less. The government announced that they would start buying cashews, and we were encouraging farmers to try to sell to them, but that hasn’t started yet.”

“Thankfully, cashews are not perishable,” he continued. “If the farmers dry and store them, they can stay safe. So we hope we won’t lose much, although there will be tremendous pressure later to buy them.”

According to Mathew, Kerala is faring better than other parts of India in many ways, because it is one of the states with the best public food distribution and food rationing system.

“We have set up 1,500 community kitchens in the state, which means at least one community kitchen per village. In the cities, there are many more,” he said. “Food is cooked and then delivered to the locations of the migrant workers, so everyone has food. There were issues of course: Kerala was cooking its own food and the migrant workers are used to the food of north India. But even that is now being addressed.”

About 1.7 million families got their first free rations on April 2. According to Mathew, farmers have been taking care of the workers in their communities and villages.

“In the villages, the places where they are staying are not as crowded as in the cities,” he said. “There are not as many migrant workers as in the cities, but there were some in the unorganized industries — on the farms, and in the shops and restaurants. They were serving as waiters, cooks and clerks. Now, none of them have jobs, and they can’t move back home. So the focus is on taking care of those people.”

“The working class is left without income,” he continued. “The salaried segments, the white-collar workers, will get their salaries and those organized in factories will get their pay for next month. But if you are a day wage earner, you have no recourse and will have to go 21 days or more without any job.”

The Return of Volunteerism

Mathew said there are vats filled with water, sanitizers and soaps set up on the roadside so people can wash.

“There is a mix of government and civil society coming together,” he said. “There are, of course, a lot of mistakes being made, but for the magnitude of the crisis, I think the amount of civil spirit is encouraging to see.”

“We find that in normal times, we don’t call the farmers every day,” he added. “Now we feel the need to be in touch. We have to figure out what is happening in each village. If they can’t sell the cashews, how will they meet their expenses? Can we do something? Often, there is not much we can do, but calling to check on them goes a long way. These are the things that make me feel optimistic.”

Solidarity is Essential to Survival

In Kerala, there is a lot of anxiety about what will happen once the lockdown is over, according to Mathew.

“What if the markets don’t open? What happens if we are not able to export our coffee, cashews, and coconuts? What’s happening in the consumer countries and the Fair Trade markets in Europe and the United States?” he said. “If things don’t open up there, maybe they won’t be able to buy our products.”

He’s finding comfort in knowing that these concerns are shared across borders.

“For example, when the initial numbers were coming out of Italy, we sent a letter to our partners at Altromercato (the country’s largest fair trade organization) to see how they were doing. They have a network of 300-400 fair trade shops all over Italy, and we wanted to know how they were doing, beyond if they will be buying our products.”

“It’s important to me that we carry back information to the farmers about how our partners on the other side of the globe are doing,” he continued. “We are all safe. Our immediate survival requirements are being fulfilled.”

Before the virus and lockdown, farmers in Kerala were hoping for a normal year, after a serious flood in 2018 and a serious crop loss and mini flood last year.

“But again, compared to most others in the country, we can’t say that we are in the worst position,” Mathew said. “…Once this has passed, let’s sit around and figure out how to pull some sort of normalcy back.”

Phyllis Robinson is a former writer for Equal Exchange and a writer for the Fair World Project. She lives in Boston.