How Co-op Vendors Joined Forces to Weather the Pandemic 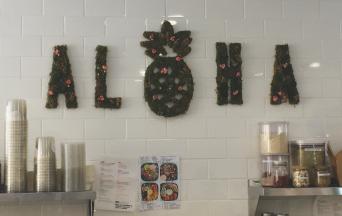 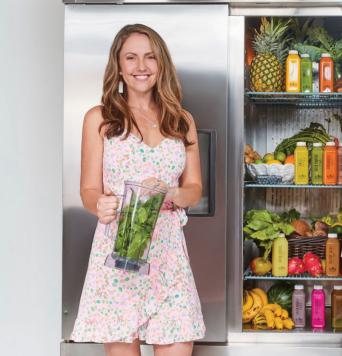 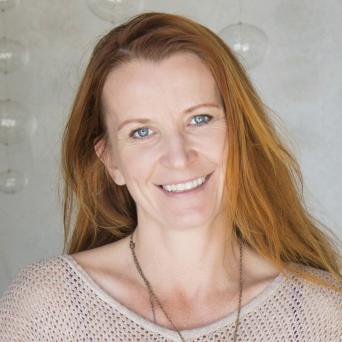 When Lauren Shinn, owner of Aloha Smoothies in Ambler, was thinking of opening her shop in 2019, she wanted community to be a main ingredient in her business plan. To help achieve that, she turned to Weavers Way, which she joined in the fall of 2017, soon after the Ambler store opened.

“I had the opportunity to meet some of the local business owners and [find out about] their products during demonstrations at Weavers Way, through reading the Shuttle or just being in the Co-op and chatting with the staff,” she wrote in an email last month.

But before she could go too far down that path, COVID-19 descended on Southeastern Pennsylvania and threw a wrench into everything, including her then-scheduled April 19, 2020 opening.

“I had just completed the rough-in work at my store and was ready for sheetrock and then finished surfaces. Overnight, construction came to a halt,” she wrote. “I felt strongly at the time, and still do, that stopping work at my store was the right thing to do. Even though I knew it would delay our opening, it was a sacrifice that I was willing to make to flatten the curve and to protect my contractors and their families.”

A few days after Gov. Tom Wolf’s mandated shutdown of nonessential businesses, Shinn’s Goodnature X-1 Mini cold-pressed juicer was delivered to her house. Rather than let the machine sit, she started juicing organic fruits and vegetables at home for family and friends while working around the virtual school schedules of her three daughters.

In the course of making and giving away her concoctions, Shinn found out there were people in her community who were undergoing treatment for cancer and had specific dietary needs as a result. Feeling the need to help, she decided to start looking for a commercial space from which she could sell her products until the shop was up and running. She found it in the Flourtown Farmers Market, which is owned by her friend Brian Halligan. That location of Aloha opened last Memorial Day Weekend.

“It was an amazing feeling of triumph to realize my dream of opening a juice bar despite the many challenges,” she wrote. “The support from the community was remarkable, and Aloha flourished.”

Shinn offered online ordering, curbside pickup and contactless delivery from the Flourtown store Thursdays through Saturdays. She credits Co-op vendors Caleb Mangum of Nutty Novelties, a Telford-based flavored nut butter purveyor; Olga Sorzano of Phoenixville’s Baba’s Brew kombucha; fellow Ambler vendors Christina Rizzetta and Alec Satterly of Wake Coffee; and Shannon Roche and Meagan Benz of Manayunk’s Crust Vegan Bakery for becoming part of her supply network. All now have stand-alone items on her menu or provide ingredients for her smoothies, juices, smoothie bowls, salads and gluten-free toast selections. In addition, she depended heavily on the Co-op to keep her stocked with organic produce at a time when the food supply chain was struggling to keep products on the shelves.

When Gov. Wolf lifted his stay-at-home order for Southeastern Pennsylvania last June, construction was able to resume on Aloha’s Ambler location. But building supplies, contractors, and refrigeration equipment were all in short supply due to the pandemic, so progress was slow. The Ambler store finally opened last October and has been open every day since.

Another Pivot in Phoenixville

Sorzano, of Baba’s Brew, also had to retool once the pandemic hit and shutdowns began. After five years in business with year after year of consistent growth, they lost 80% of their customers practically overnight due to the closure of restaurants, cafés, and coffee shops.

“After the initial shock and phone call with other small business owners who found themselves in a similarly dire situation, we decided that we can only survive if we bond together,” she wrote in an email.

Baba’s closed their tasting room and launched a curbside pickup operation that offered over three dozen products from 20 local vendors in addition to their kombucha. Their offerings included pizza and marinara sauce from Vesper Brothers of Wayne; sauerkraut and pickled beets from Food and Ferments of Cortland, NY; bread from Merzbacher’s of Germantown; croissants and challah bread from Le Bus Bakery of King of Prussia, and cheeses from Caputo Brothers Creamery of Spring Grove, to name a few. Like Shinn, she initially connected with many of those vendors through the Co-op.

Unlike Shinn and Sorzano, Colleen Falicki, owner of Plymouth Meeting’s Back to Earth Compost, sells a service, not a product — curbside compost pickup in suburban Philadelphia. She and Shinn first connected at the Ambler Farmers’ Market and later during weekend compost pickups Back to Earth sponsored at Weavers Way Ambler. The company now counts Aloha as one of its customers.

For Falicki, networking with other vendors in the Co-op community is an extension of her passionate support of small and local businesses.

“I found it natural to seek out others in the Weavers Way Co-op community — those in the Shuttler and [those] whose products I purchase,” she wrote in an email. “Most times I will stop in or call the business to learn more about what service or product they provide. I am always thinking about who I can connect them with.”

Even though opening the Flourtown location and all the other adjustments weren’t anywhere in Shinn’s initial business plan, she thinks going through all those changes in her first year has toughened her up and readied her for whatever lies ahead.

“Sheer grit and a willingness to pivot created opportunity for growth, and that has made me a more capable female business owner,” she wrote. “Overcoming struggles, pivots and hurdles, which were far more ‘first year’ growing pains than I bargained for, makes me confident that nothing that can stop us now.”