Liberate Your Lawn & Garden: A Rare, Snow-Filled February Is Cause for Our Soil to Celebrate | Weavers Way Co-op
Skip to main content

Liberate Your Lawn & Garden: A Rare, Snow-Filled February Is Cause for Our Soil to Celebrate 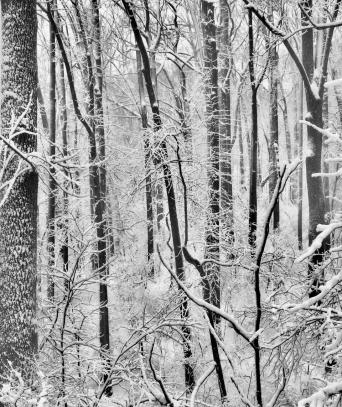 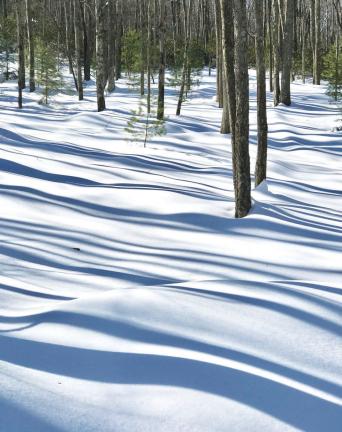 Every morning at approximately 6:30, my 16-year-old cat, Maggie, begins caterwauling. For better or worse, she knows a new day has dawned and can count on us to get up and begrudgingly feed her. This morning was no different — until I looked outside. To my surprise and delight, Mother Nature had provided us three to four inches of fluffy white snow. It was beautiful!

There are many things we can count on, but sadly, snow in our region the last couple of decades is not one of them. After almost five years of warm, gray, snowless winters, this February’s snow events have been a gift for my family, the environment, and my garden.

Our recent snowfalls have provided opportunities for my children to gather, play, and laugh together with friends while sledding socially distanced. It has also granted us a pause, even if only for a moment, to appreciate the newness of a landscape blanketed in white. Snow is not just an important opportunity (or excuse) for snow angels and hot cocoa; it’s also a critical sustaining element of our natural environment, specifically, global cooling and soil protection.

According to the National Snow and Ice Data Center, snow on a large scale helps control the temperature of the Earth’s surface. A bright white snow covering in the Northern Hemisphere reflects between 80 to 90 percent of incoming sunlight or solar energy back into space and away from surfaces that would otherwise absorb it. Snowpack regulates the exchange of heat between our planet’s surface and atmosphere, helping to cool our planet. By comparison, soil, trees and plants reflect much less sunlight — between 10 to 30 percent. That amount is critical in summer but is nowhere near as effective in winter. This is cause for real concern, because habitat destruction and increased carbon emissions have altered our winters and reduced snowpack. That has contributed to an average increase of eight-tenths of a degree in global temperature since the 1950s — and it continues to climb.

On a smaller regional scale, variations in snow cover directly affect weather patterns influenced by the percent of snowpack. For example, the arrival of summer monsoons in Asia and Europe is shifting, as is the timing and amount of water from spring snow melt for agricultural production in North America. Limited snowpack changes patterns and increases the potential for flooding and drought. Here’s how:

So the next time snow falls, don’t lament it; embrace its magic. Grab your hat, coat and gloves and head outside to enjoy its gifts and appreciate the critical role snow plays in our interconnected and warming environment. Also, consider making a plan to add trees and shrubs to your home landscape, because climate change is real. And snow, unlike my cat’s morning wailing, is no longer certain, but our future depends on it.

Sarah Endriss is a landscape planning and design professional specializing in ecological garden and habitat design. She is principal of Asarum LandDesign Group, adjunct faculty at Jefferson University and a restoration design consultant for WildLawn, an ecological native grass alternative to traditional lawns. Sarah can be reached at Sarah@asarumlanddesign.com.