Tips on Photographing Birds, Once They Get Back in Town | Weavers Way Co-op
Skip to main content

Tips on Photographing Birds, Once They Get Back in Town 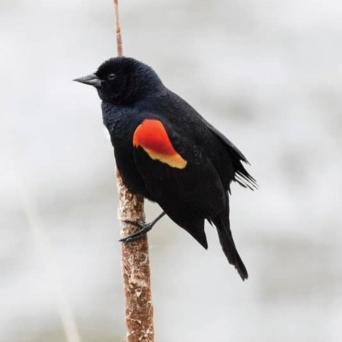 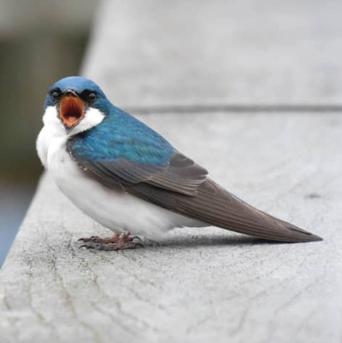 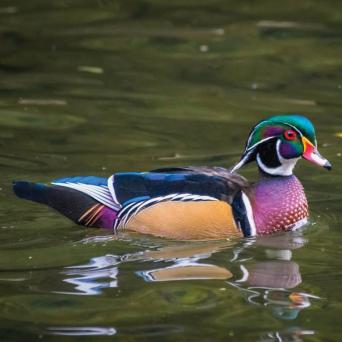 Even without a calendar, one of the sure signs that spring is right around the corner is the return of our bird friends from their winter homes in warmer climates. Whether it’s in my backyard or in Wissahickon Valley Park, I find so much pleasure in searching for and watching birds. So does hobby naturalist and wildlife photographer Troy Bynum, who features his wonderful photos of birds and other local animals as host of Wildlife Wednesdays on FOW’s Instagram page.

Troy has been passionate about and inspired by nature and wildlife since childhood, but his true interest in birds emerged when he moved back to Philadelphia in 2017 and went hiking with friends in the Wissahickon every weekend. He remembers seeing in the park one day what he calls his “spark” bird – the one that truly sparked his interest in bird photography: a beautiful green heron. Troy is drawn to patterns and colors in nature, and there’s no shortage of either when it comes to birds.

When the pandemic hit, Troy, like so many of us, headed to the Wissahickon for serenity, solace, and the need to focus on something other than the world’s chaos. With an abundance of birds in the park, they seemed like the natural choice for his subjects.

FOW recently checked in with Troy to find out what we can look forward to seeing during the spring bird migration. He explained that while it starts in mid-March, we won’t see the full effect until April. During that time, he recommends watching for these featured friends of the Wissahickon:

The bird boxes that FOW installed in Andorra and Houston meadows are prime real estate for returning birds and others, such as bluebirds and tree swallows, that begin their nesting season in early spring. As part of our Ecological Land Management Plan, we placed wood duck boxes along the creek a number of years ago. That has helped increase the nesting population of these stunning birds, who are cavity nesters. During the first few weeks of March, you might also spot a male with a couple of females, searching for an appropriate tree cavity in which to settle.