Not Just Wishful Thinking: Getting Rid of Plastic Waste 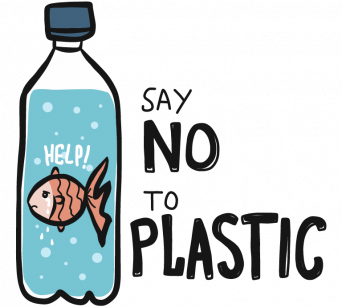 Warning: this article describes how to get rid of plastic — not so we can buy more, but in order to eliminate it as best we can.

Using plastic remains hazardous to our planet, especially all marine life. According to an article in a late October issue of Advanced Science News, Earth has now accumulated more than 8.3 billion tons of plastic. Polyethylene, a form of plastic, accounts for a third of all plastic use, from food and medical packaging to construction material and water pipes.

There are at least two processes for eliminating plastic, though both are still in exploratory stages and can only eliminate a small percentage. But it’s a beginning. Meanwhile, we all should try our best not to buy plastic.

We have known of ways to upcycle plastic (creating new products from old) for some time, but those methods were costly and energy intensive. In fact, it has traditionally been cheaper to produce more plastic than to recycle it. According to The Economist, over 91% of plastic has never been recycled, despite what you think may happen when you dutifully put it in your recycling bin.

Unfortunately, the same characteristics that make plastic useful and resilient are the same ones that inhibit it from decomposing. Since plastics are made by stringing together carbon-based molecules to create polymer chains, they are difficult to alter for future use. Conversion typically required solvents and temperatures between 500-1,000° to break down the polyethylene. Even then, what remained could only be used for lower-value items like plastic lumber.

Two researchers, Susannah Scott and Mahdi Abu-Omar from the University of California at Santa Barbara, recently developed a new catalytic method that simplifies the steps. It uses hydrogen to cut the bonds that hold the carbon molecules together and break them into smaller pieces. This process is used repeatedly, which then turns the polymer into a liquid.

The majority of the molecules in this liquid are alkylbenzenes (alkylaromatic molecules), which can be used for detergents, paints and pharmaceuticals. Abu-Omar, in an article in Science last year, was quoted as saying, “This is an example of having a second use, where we could make these raw materials more efficiently and with better environmental impact than making them from petroleum…” As a result, plastic waste becomes a raw material for new products.

Don’t worry; you don’t have to eat the plastic: The waxworm or bacteria will do that for you.

While waxworms (the caterpillar larvae of the wax moth) usually eat wax in beehives, they will also eat polyethylene, and have special microbes that excrete glycol after they’ve eaten plastic. At Brandon University in Manitoba, Canada last year, researchers found 60 waxworms could eat 30 square centimeters (nearly 12 inches) of a plastic bag in less than a week.

That’s good news, but it would take these worms centuries to eat all the plastic waste we produce. Hence, the researchers are trying to understand how the waxworm’s gut bacteria break down the plastic. With that discovery, they might be able to create tools to do the same thing.

Once waxworms become adults, they don’t eat, so the larvae consume enormous amounts so they can continue to survive. They only live a few days, long enough to reproduce and create more larvae.

Meanwhile, Japanese researchers have discovered bacteria that can digest plastic. The bacteria secrete an enzyme that splits some of the chemical bonds in the plastic so that they can absorb the smaller molecules of carbon as food. Researchers in different countries have been trying to understand the process to replicate it.

In the past, using bacteria to break down plastic has been difficult because of its complex makeup. Plastic contains semi-crystalline structures that are tightly packed and are therefore difficult for the enzymes to access. The Japanese “enhanced” bacteria work more efficiently. One worry is that if these bacteria are not controlled, they might attack unintended plastic hosts, like pipes or building materials. Once we open this Pandora’s box, we don’t know what could happen.

As creative as these ideas are, it is best if we can be creative in our shopping and buy as little plastic as possible. I try to buy yogurt in glass jars and lettuce and salad greens that aren’t prepackaged. In addition, I avoid strawberries when I can overcome the temptation and try to buy milk in glass containers when available.

Buying less plastic is the first step, but an important one.