John Dough, a Superhero for Our Times | Weavers Way Co-op

John Dough, a Superhero for Our Times

by
Lucy Bell Jarka-Sellers, for the Shuttle 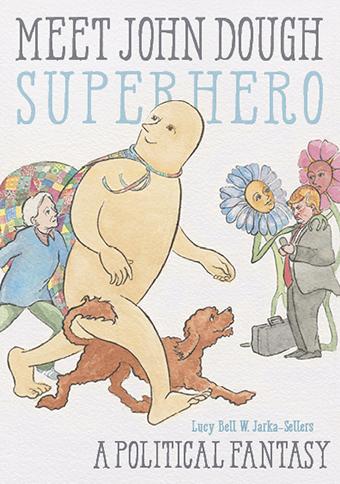 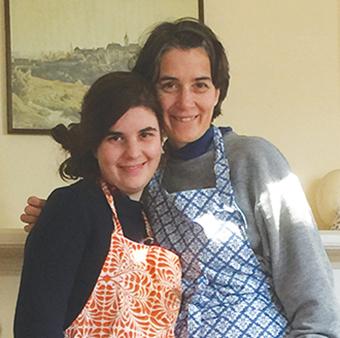 The book, the author and her daughter, Sophonisba. (The aprons are important.)

The bad news hasn’t let up since Donald Trump took office, but back in February we didn’t even have Mr. Mueller to look to. A month after the inauguration, I stood at my kitchen counter kneading bread dough and listening to the radio and wishing that I could conjure some power to combat the dark forces that were gaining ground in America.

That’s when the idea for John Dough came to me: A dough hero — a sourdough hero, made with local yeast spores, who would come to our rescue.

“Meet John Dough, Superhero” (Nyoka Press, $15, nyokapress.com) is fantasy about a group of high-minded conspirators from Northwest Philadelphia who solve all our political woes. This is a funny book about serious ideas, and it’s set in our neighborhood. Oh, and one of the main characters is a dog.

“I’m afraid,” I said to my childhood friend, now a movie maker, as I walked with my dog on Forbidden Drive, “that my hero is too kind and good. People don’t like that kind of thing.” He reminded me of movies with sweet heroes and encouraged me to focus on and develop the sweetness instead of qualifying it. He mentioned Frank Capra’s “Meet John Doe” and “Mr. Smith Goes to Washington.” Is it just a fantasy to imagine that kindness and goodness are ultimately the greatest forces for positive change?

One tiny compensation for the Trump nightmare has been that it draws our attention to the best American traditions: Our democratic principles, our belief in the beauty and benefits of a multicultural society. I wanted to celebrate and defend these things as characteristically American — characteristically Philadelphian — without denying the ugly side of American history.

Did I mention I drew 36 pictures to illustrate this story? Did I mention there is poetry? My mother, Lucy Bell Sellers, composed “Song of the Passenger Pigeons” and “Dispatching Verse.”

I predict that “Meet John Dough” will make you laugh and cry (at least sniff) and somewhat revise your views of American history. I predict that you will fall in love with John Dough. 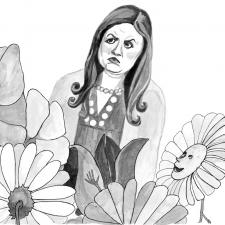 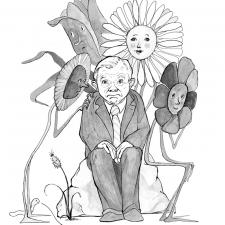 Illustrations from the book.