by
Marvin Berman, for the Shuttle 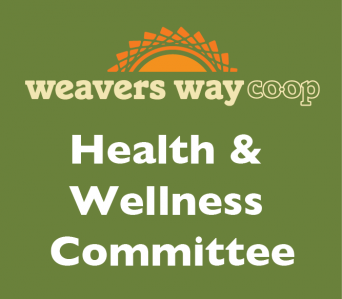 Views expressed in this article are those of the author, not necessarily the Health & Wellness Committee, and are not a substitute for talking to your own doctor.

There is good news on the horizon about how people can think about memory loss and dementia, including Alzheimer’s disease, which leads to eventual global loss of cognitive functioning and control of our most basic physical functions.

In the developed world, fear relating to memory loss has become greater than concerns about being diagnosed with cancer. Treatments now exist for many forms of cancer; life expectancy with cancer has improved dramatically. Meanwhile, there is no drug therapy now available that can stop, let alone reverse, dementia.

Some clinicians and researchers are questioning the assumption that dementia is a disease with a single cause, like polio, that can be cured with a single therapy. They see neurodegenerative diseases as systemic in nature and therefore needing to be treated by evaluating and re-establishing the healthy balance within our brain-body-mind system.

Research by doctors practicing functional medicine, i.e., treating root causes rather than symptoms, like Dr. Dale Bredesen, director of the Buck Institute at UCLA, shows that “Alzheimer’s disease stems from an imbalance in nerve-cell signaling: In the normal brain, specific signals foster nerve connections and memory making, while balancing signals support memory breaking, allowing irrelevant information to be forgotten. But in Alzheimer’s disease, the balance of these opposing signals is disturbed, nerve connections are suppressed and memories are lost.”

Studies evaluating cell signaling are prompting doctors to share with their dementia patients the possibility that they can stop and reverse the cognitive decline, especially in the early stages. They believe it is possible to repair damage to the central nervous system by lifestyle changes, especially diet and exercise, and increasing brain blood flow, reducing inflammation and normalizing brain electrical activity patterns.

Another promising development arises from a 2017 study on people with dementia by Anita Saltmarche and colleagues using the Vielight Neuro Gamma, a commercially available transcranial and intranasal infrared-light stimulation device. Results showed positive response in tests of both short- and long term memory in subjects who completed 12 weeks of five once-a-day stimulation sessions.

Similarly, Quietmind Foundation, a nonprofit applied clinical-research and neuropsychiatric health-care clinic in Elkins Park, has been studying the application of brainwave biofeedback training and near-infrared light therapy using light-emitting diodes to effect changes in brain signaling, mood and quality of life. Our most recent randomized, double-blind, placebo-controlled clinical trial of intensive home-based infrared light therapy involved 12 people using the stimulation device over 28 consecutive days. Subjects’ brain-wave activity and cognitive functioning were tested at the beginning, middle and end of the treatment process. All subjects had been diagnosed with early- to mid-stage probable Alzheimer’s and some were also diagnosed with Parkinson’s disease. Preliminary findings showed significant improvements on short- and longer-term memory tests, processing speed and reported improvement in mood, verbal communication, sleep quality and appetite. The subjects reported no negative effects.

It is hoped that findings from these pilot studies will persuade the institutional monitoring committees responsible for human-research safety, scientific merit and ethical-treatment monitoring to approve a proposal to expand the sample size in a future study.

Meanwhile, such findings lend support to our recognizing dementia and other neurodegenerative conditions as being treatable, although it may involve making significant lifestyle changes. It should also encourage those with early stage dementia to become more proactive about their health and to take action to protect their memory.

Marvin Berman is founder and president of Quietmind Foundation, which offers comprehensive neuropsychiatric and neurological consultation and treatment to help people of all ages with mood, memory, movement and learning difficulties. Several free clinical trials are under way for older adults with age-related memory difficulties and for those diagnosed with Parkinson’s disease. Visit www.quietmindfdn.org for more information.